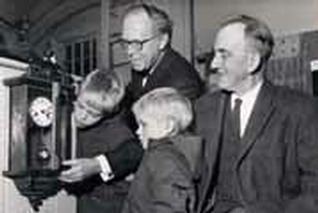 1968 to 1979 Woodborough's new school was one of several built in Nottinghamshire in the 1960’s using the new CLASP system of construction. The CLASP system was devised to reduce the effects of mining subsidence, which affected many areas of Nottinghamshire at that time. The chosen site was to use part of the playing fields area. The remaining fields would become ‘joint use’ with the school using them during the day and the village at weekends and during school holidays. In November 1969, approximately 83 children moved into the new school and by April 1972 there were 132. As new houses were built in the village, this figure gradually increased and from 1978, hovered around 160.

Right: The school photographed in 2000, with a new wing just completed, otherwise this 'CLASP' type building appears much the same as it did in 1968 when this phase of the school first opened. 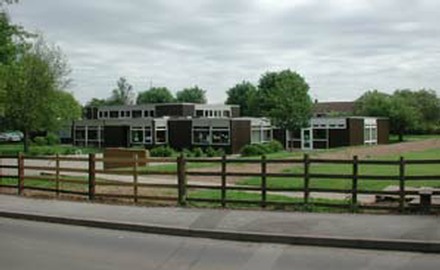 The Church made a contribution of £9,337 towards the cost of the building but after the school opened, £2,000 was still to be found. The whole village began to organize fund raising events and Sir Frank Small, seen here on the left with headmaster George Sinfield, generously offered to match every pound raised up to a maximum of £1,000. On 15th January 1970, he presented a cheque for £1,000 to the building fund.For many years, staff and children celebrated the anniversary of ‘moving in’ on 11th November with a birthday cake, and by planting trees or shrubs or buying an item of equipment. The official opening of the school by Mrs R Abel-Smith, pictured right, took place on 26th June 1969.

Also at this event was Alderman, Sir Frank Small, who is a former chairman of Nottinghamshire County Council and scholar at Woods School, Sir Frank, who 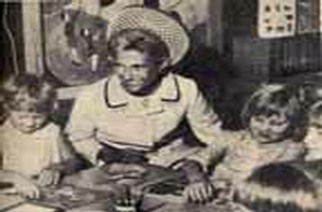 still lives in the For many years, staff and children celebrated the anniversary of ‘moving in’ on 11th November with a birthday cake, and by planting trees or shrubs or buying an item of equipment. The official opening of the school by Mrs R Abel-Smith, pictured right, took place on 26th June 1969. Also at this event was Alderman, Sir Frank Small, who is a former chairman of Nottinghamshire County Council and scholar at Woods School, Sir Frank who still lives in the village, came face to face with is former headmaster Mr Archer Saunders, now 83 who taught at the school for 34 years.  Sir Frank only had 6 years education and left at the age of 12, he went on to educate himself and later rose to become chairman of the County Finance Committee before becoming chairman of Notts County Council.

The day began with a morning parade through the village of uniform organisations followed by a united outdoor service. Afterwards there were sports and entertainment for all age groups and later, Mr Sinfield and Mr Ellis cut a special 250th birthday cake. A united outdoor Communion (see above and left and right photographs) service was held at 4 p.m. to bring the week-end entertainment to a close. This memorable three-day event was declared a huge success and it was felt that a strong community spirit  had been created and the bond between village and school strengthened.

Developments in the 1990’s were influenced by the enormous changes in education nationally. These included the introduction of a National Curriculum, the provision of facilities for children with special needs, the marketing of schools and major changes in funding arrangements.

To facilitate these changes extra staff and more space were needed. Classroom assistants are now employed, the number of secretarial staff has increased and in 1999 a new classroom and a computer suite with 16 workstations were added. Other changes to the fabric of the school include the completion of a window replacement programme, new external cladding, an extension to the

The teaching staff in 2000, head teacher

The School Governors in 2002

The winter of 1971-72 will be remembered for the effects of the national coal strike that seriously disrupted coal supplies. This resulted in power cuts, frozen pipes, and cancelled lessons. 1971 was also the year that the old Victorian building was put up for sale.

A Mr M G Davies was appointed the first Deputy Head Teacher in May 1973 and took up his duties in September that year. In September 1976, Mr Sinfield was ordained as a Deacon and in 1978 assisted at the funeral of Mr A W Saunders who had passed away at the age of 92. The Rev’d Sinfield resigned in April 1979 to become Vicar of Wall in Northumberland and Mr G Ellis was appointed as his successor.

1979–onwards (under the stewardship of Headmaster, Mr G. Ellis)

The next few years saw important changes in education at national and local level. During the 1980’s three Education Acts were introduced which were to have a major impact on the school. In the Act of 1980, parents were given more choice in selecting schools for their children and as a result, about 20 children from neighbouring villages were attending the school. In the following year, parents of children with physical disabilities could opt for mainstream education and in 1984; the first such admission was made. The third Act in 1986 was to encourage more parents to seek representation on school governing bodies where they had more responsibility than before and it also made governors more responsible to parents.

In the mid-1980’s there had been disruption in schools by teachers’ unions and associations over pay and conditions. A Bill passed in 1987 imposed a pay and conditions package and at the same time allowed all class teachers to be free of lunchtime supervision. Midday supervisory staff were appointed to care for the children between noon and 1.30 p.m. At around this time, old equipment such as a spirit duplicator, typewriter, black and white television and record player were replaced with their modern equivalents. A photocopier, computer, video recorder and radio cassette player were amongst the many items purchased. Major repairs to the building were carried out in 1984 at a cost of £12,000. The roof was re-felted and panels of tiles were replaced with plastic coated metal cladding. 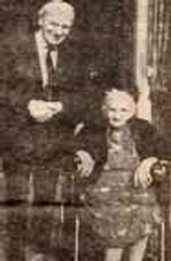 staff room, the installation of a gas heating system and toilet/shower facilities for the disabled. It is a sign of the times in which we now live that security alarms have also been installed.

Raising money to supplement school budgets is now an important part of school life. In 1979 when the present Head took up his post, the school received £10,000 from the Local Education Authority and raised about £2,000 at events such as school fairs. In 2002, the budget including salaries is £450,000 and last year, £17,000 was raised by such means as, Gift Aid, by a Parents Group and other school events such as the Autumn Fair and concerts.

Music and performing arts are an important part of school life and each summer there is a major production featuring the orchestra that was formed in 1996. Twenty five percent of the children have tuition in instrumental music (for which parents pay fees). Three concerts were held at Christmas 2001 and Radio Nottingham played the carols that were also recorded on Compact Disc and offered for sale. 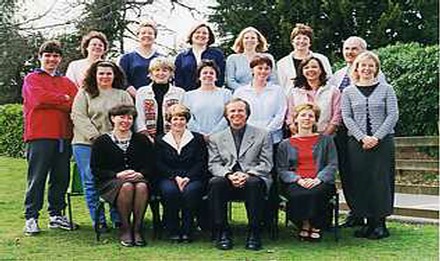 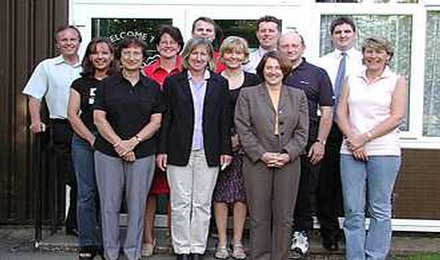 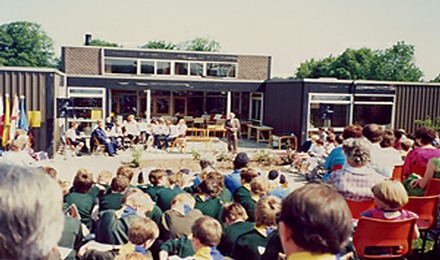 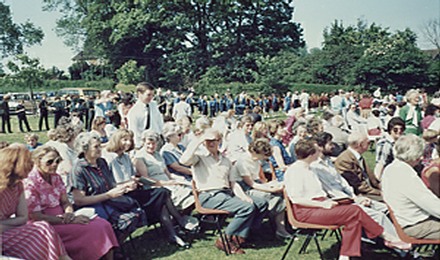 In the current year of 2001/2002, 221 children were enrolled and the school, with its vibrant atmosphere and excellent academic achievements is a popular choice for parents both in Woodborough and surrounding areas. It is a legacy that the Rev. Montague Wood would be justly proud.

In August 2003, Mr Tom Limb retired as Deputy Head after some 27 years since his appointment. Pupils, colleagues, parents and Governors, past and present, including one who appointed him, attended a farewell party in July. He said “It has been a privilege and joy to have taught at Woodborough's primary school and that he counted himself amongst the most blessed of men to have served so many wonderful families”.

August 2007 saw the retirement of Geoff Ellis after being in post from 1979. Mr Shaun Hopwood joined the staff as head in January 2008.

This concludes the history of the Woodborough Woods Primary School, at least for the time being.

The 250th anniversary celebrations in 1986 - an outdoor Communion

In 1986, the school celebrated its 250th Anniversary and the occasion was marked in a variety of ways. The children in each class studied a period in the history of the school and the results were exhibited to the public in the form of writing, models, costumes, artwork and photographs. Then the same periods were dramatized and set to music for a concert performed in the school. Mr Geoff Ellis (Head) and Mr Tom Limb (Deputy)  wrote the songs and music that were recorded by Radio Nottingham and the tapes produced were offered for sale. Every child was presented with a beaker and pencil to mark the Anniversary on 14th June, parents, Governors and staff enjoyed a Church/School Garden Party, which was opened by Mr Peter Saunders (son of Mr A.W. Saunders). Miss Kate Wylde (on the right), an ex-pupil, and the oldest person in the village, was present to enjoy the occasion. The next day, everyone was involved in a ‘Parish Day’ in the school grounds.