Millholme Models moved from outbuildings at Woodborough Mill near Epperstone around 1970 to ‘the old school’ on Lingwood Lane, Woodborough, a move of about one and a half miles.

The magnificent model railway layout pictured below delights the dozens of children who visited the showrooms. It was the centrepiece of the showroom, showing a western landscape on one side and a European scene on the other.

The layout was the work of Mr Mike Skidmore, one of the four partners who own Millholme Models. It took him four years to build it up from a smaller layout purchased at a Brighton Trade Fair in 1967. And it was still not finished when Mr Skidmore suffered a setback about two years ago whilst the firm was moving to Woodborough from its premises on the Epperstone bypass, the layout collapsed. But it did not deter him, and he hoped eventually to install tiny sound units in the moving locomotives.

Layouts include one of the few model wooden American trestle bridges in the country. Millholme Models is not just a showpiece for Mr Skidmore’s artistry. His partner, Mr John Mawhood, told the Advertiser that the firm’s exports in transistor controllers was building up steadily.

It is thought they moved to Woodborough around 1969/70 and moved on to Sherwood approximately 5 or 6 years later. 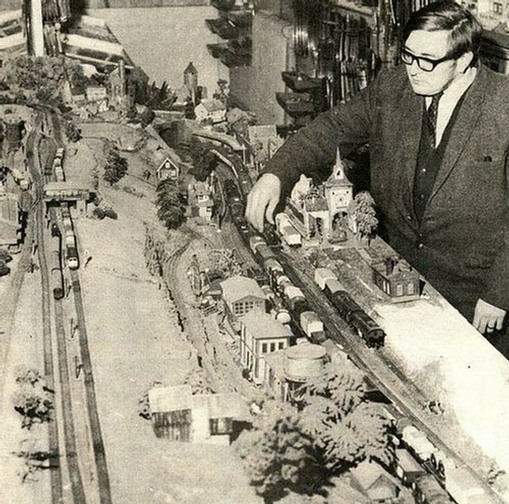