One of Woodborough’s former residents, Mannie Foster, who passed away recently aged 94, gave the strip of land at 100 Main Street to the Co-op in 1965 [1962] to build a shop for the village community. In those days a handshake secured the deal and the Co-op shop was built.

The Co-op in return gave the green field site at the rear to the Church Walk residents to use as gardens and has previously been commended as a picturesque part of the village, formerly the start of the Lapwing Trail.

When the Co-op decided to move out of the village after 35 years, one of the residents offered to buy the shop site as a going concern and promised to maintain the retail outlet for the Woodborough community.

After purchasing the site, the applicant leased the running of the shop to a tenant, who had no retail experience and as a result the trade diminished. Shortly afterwards, a grocer took over the lease and stocked the provision store with goods that local residents wanted and business boomed and was a great success.

After 12 months, the grocer and the community expected the shop to remain open, but instead notice was given for closure and planning permission was applied for to knock down the shop and build six dwellings on the site.

A village grocery store could close if a buyer is not found. In year 2001 the Co-op announced it is closing its store at Main Street in Woodborough.

It was due to cease trading in July 2000 but was given a reprieve after appeals by parish councillors. But owners Greater Nottingham Co-op say it is no longer viable and will shut within months. The shop employs two full-time and six part-time staff. They will be relocated.

Parish councillor Bill Broad said: “It’s possible that the Co-op is seeking to realise the high property and land values in the area by whatever means it can”.

“This is very sad for the people of Woodborough. There are a number of elderly and disabled people who are going to find it difficult to shop elsewhere. This is the main food store in the village and it’s been here in Woodborough for at least 66 years”. [Before that it traded as the Woodborough & Industrial Provident Society but merged with the Co-op movement in 1935].

A spokesman for the Co-op said: “We made the decision to close the store because it’s only a small building and it could not accommodate the full range of products people expect today. This meant people were shopping elsewhere”. She denied that the closure was the first among many across rural Notts. “This decision only affects this individual store — we’re investing more than four million pounds in Nottingham this year, including opening new stores in Southwell and Hucknall”.

At the request of the parish council the closure, initially set for July, has been postponed for a couple of months. The spokesman added: “The Co-op will continue to trade to allow us additional time to pursue a buyer. But this will be reviewed on a monthly basis. Another option we would look at is to turn it into a community co-operative. This will mean the local people buy the store and run it as a non-profit organisation”. 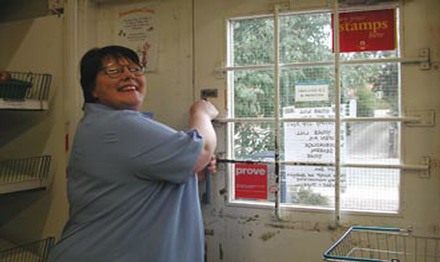 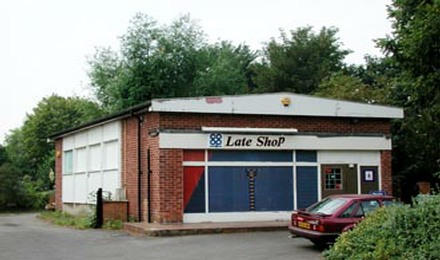 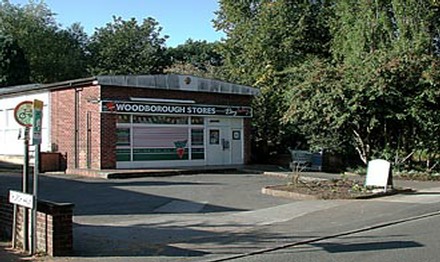 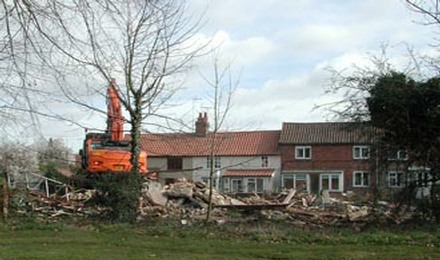 Above right: The exterior as it looked at the time 2001.

Below left: The refurbished exterior of the Woodborough Stores in 2002.

Below right: The shop building being demolished 2008.