A sketch by David Rose showing the

side elevation of the reservoir.

In 1918 there was no adequate piped water supply to the Upper Hall, in 1895 Mr Hill embarked on a scheme to supply water to the Hall and to a number of other properties in the village which he owned. He had a wind pump installed by Wakes and Lamb of Mill Gate Works, Newark. It was situated in the Bracken field off Lingwood Lane just below Stanley Wood. This pumped water via a ram valve to a brick reservoir which sits on top of the hill behind the Hall, and thence by gravity feed to the Hall, to the Middle Manor and the Manor stables where there was a 2000 gallon tank in the stackyard, Wood Barn Farm, Bank Hill Farm, the two Hall gardeners' cottages, and the property immediately to the West of the Middle Manor boundary. It also supplied water to a number of troughs in grass fields where there were cattle.

A two-inch main ran from the reservoir - splitting into a one-inch main to the various properties except for Bank Hill farm which only had a one-inch main. This installation must have been a considerable undertaking - dug by hand, as the main pipe to the properties would have passed through Stanley Wood where most of the stone for the building of Woodborough church is believed to have been quarried. When mains (town) water came to the village in 1933 the supply would still have been needed for the troughs in the fields and for Wood Barn farm, as in 1933 the water main stopped at the School House in Lingwood Lane. The tower was 60 feet high; the diameter of the sails was 18 feet across, the fan approximately 15 feet long and the bore hole was 215 feet deep, the level of the water would be at about 110 feet. 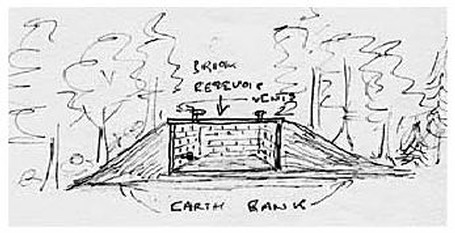 It is known from a survey conducted by Messrs Wakes and Lamb in December 1968, there was plenty of water in the bore hole. However, a scheme of improvement was carried out to keep the mill functioning. The suction pipe was extended down the bore hole another 10 feet; this had the effect of giving a plentiful supply of water for some time to come. The mill provided the main source of water, which was free except for maintenance costs, to the farm for over 50 years up to the mid 1970’s despite public piped water being available from 1938. Later on, less reliance was placed on the mill to provide the water because of increasing maintenance costs as the structure got older. Additionally there was a fall in the water level in the bore hole because of subsidence caused by coal mining; the structure fell into disrepair deteriorating quickly until it was finally demolished in 1986. The brick lined reservoir, which is situated in the north-west corner of Windmill Field is still intact, but is screened from view by a plantation of trees.

Until 1918 most water supplies in Woodborough came from wells and springs. As can be seen on older maps, most cottages along Main Street had their own well. With the exception of the wind pump erected in 1918 to supply the Woodborough Hall and various other properties, this remained the situation until 1938 when in that year public piped water was supplied to the whole village.

The O.S map below dated 1937, but probably from an earlier copy, was used to show the pipe work and its routes from the bore hole to the various properties served by the pumped water, all of these properties were around the western end of the village. This map was re-printed in the sale particulars relating to the proposed auction of Woodborough Hall in 1937. The bore hole and wind pump were approximately 200 feet above sea level and the reservoir about 350 feet. The flow of water to all properties would have been by gravity from the reservoir. 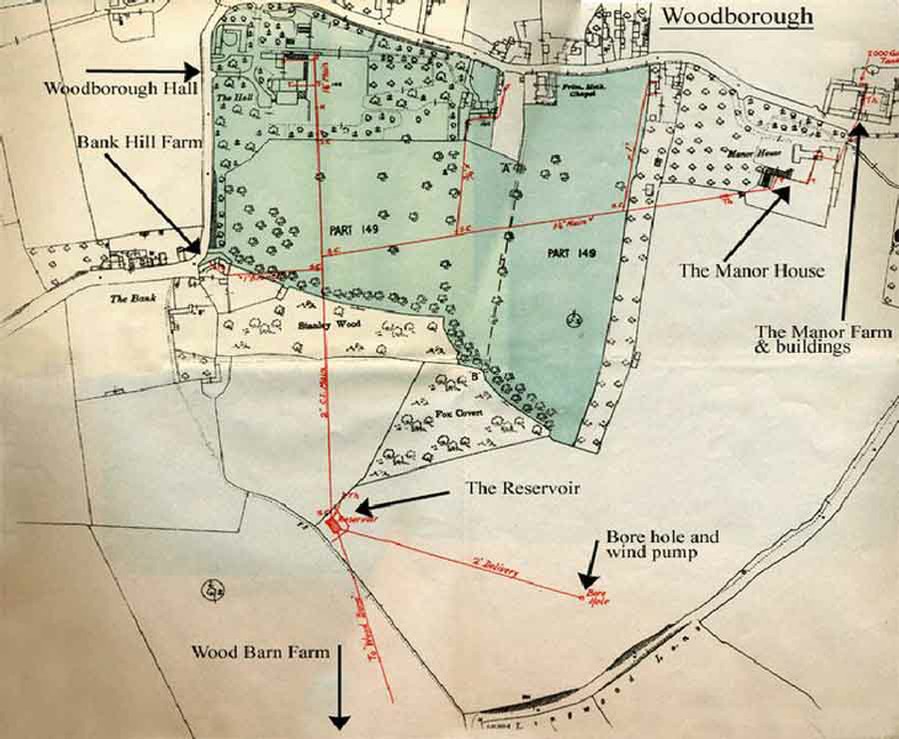 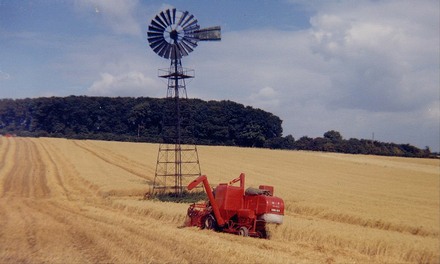 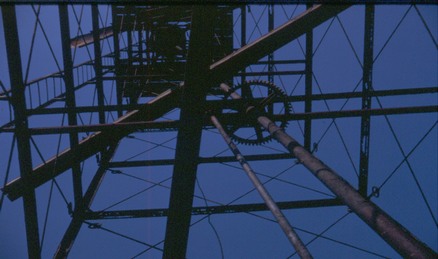 Left, the fully working pump in 1961 - Right, tower mechanism from the ground. 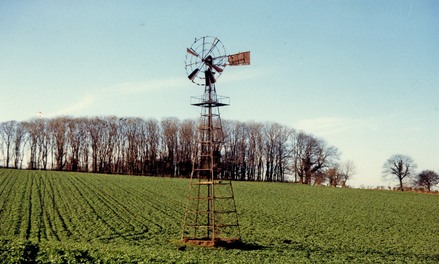 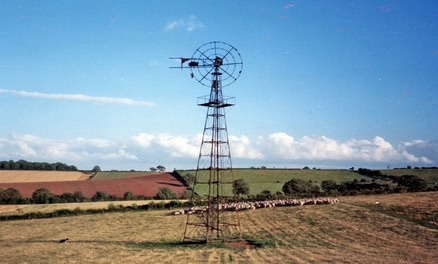