A dedication to Woodborough men who fell in World War I

Woodborough is situated 8 miles north-east of the City of Nottingham. Woodborough is now an affluent commuter village of some 1800 people. [2004 Ed]. In 1914 though, the village was considerably smaller and its 700 inhabitants were mainly involved in market gardening or the hosiery trade. As with other villages in Great Britain, it was suddenly wrenched from its slow, laid back life to the realities of war, a war which was horrendous in nature due to its modern weaponry and as a consequence, there was a huge loss of life.

It is not known how many Woodborough men enrolled or were conscripted. What we do know is that 16 men went to war and never returned to their homeland. Half of the men named on the memorial died in the final year of the war. Surprisingly, only one man died during the Battle of the Somme and one man died at Ypres. One man drowned at sea. The youngest to die was aged nineteen and the eldest, was forty-four. Six of the men were under the age of twenty-three years. Almost one third of the men have no known grave but are commemorated on the various memorials around northern France. The researcher has visited all known graves of the Woodborough men or the commemoration memorials of those persons whose bodies were never found.

One third of the men were enrolled with a local regiment. These include two local regiments - the Nott's and Derby's Regiment (now the Sherwood Foresters) and the South Nott’s Hussars. The remaining men were enrolled with various other regiments from other parts of the country. This was not by design as few men could choose their regiment especially towards the latter end of the war. One reason was because some of the men did not live in Woodborough at the time of the war; however they had lived in Woodborough at some stage in their lives or had at least a strong connection with the village. As a result of this, they joined their local regiment wherever they were at that time. Another reason was because men were called into regiments where they were needed most, usually, due to high losses in the field but also because rural regiments did not have the great numbers which urban regiments employed. One has also to allow for transfers within regiments during the war and this was especially common during the final year.

The map of north-east France shown here on the right, depicts the last resting place of the Woodborough men who fell during the first world war.

Key to the Albert region 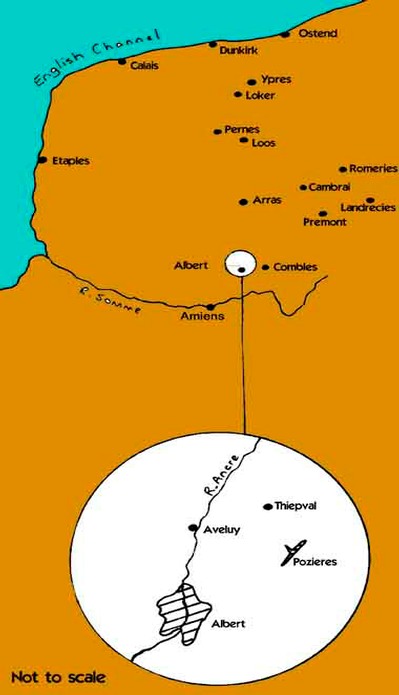 Index of names in alphabetical order

[use names below as links to individual research]

The regiments in which they served

some of the residents of Woodborough.

© The above document is the work of J Powley, who holds the 2006 copyright, but who kindly provided copy for use on this website. We acknowledge with gratitude the work that has been undertaken on this subject. Where other researchers are involved this is acknowledged.

Enquiries or information about this topic may be sent to -

Above: A very typical scene 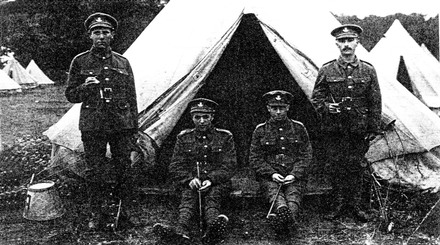 Chronology of events and deaths of World War One

We also remember those from Woodborough

who did not return home from World War II 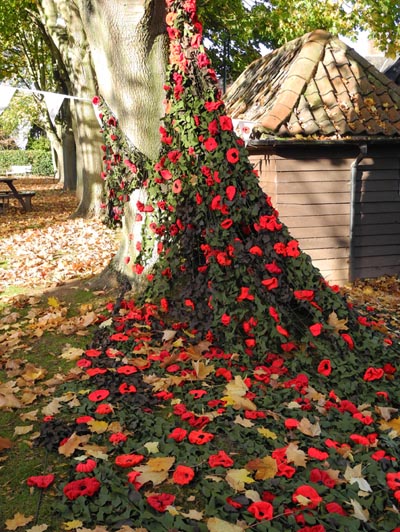