The Rev’d. Buckland was born in about 1854, his paternal grandfather was Dean of Westminster and Walter was baptised in Westminster Abbey. He was educated at Winchester College and Keble College, Oxford, ordained in 1876 (aged 22) and his first living was at Beedon in Berkshire, a village about 8 miles north of Newbury. In 1886 he married Miss Ada Murray Parkyns,  the third daughter of Mansfield Parkyns of the Upper Hall and was appointed as vicar of Woodborough in 1891, by popular  demand, as his wife was highly thought of in the village. He found  the condition of the church to be in a very bad state, the Bishop describing it as one of the ruins of the Southwell Diocese. According to the Rev’d. Buckland 'the rain flowed freely through the roof and soaked away under the seats, the walls and floor reeked with damp, plaster dropped from the ceilings and walls, and ivy, nettles and grass grew in the joints of the masonry'. No time was wasted in forming a Committee, plans were drawn up and an appeal was made for funds for the repair work which in fact began in the August of the year of his appointment. Intensive work was done on the interior of the Chancel ceiling and the exterior roof. The Chancel floor was taken up and floor levels in the choir and Sanctuary were altered and repaved with new stones. 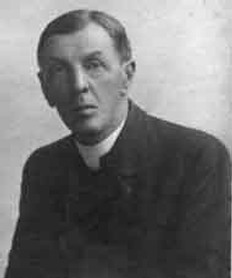 The old Sanctuary oak railings were removed and replaced with brass ones, the old pews in the Choir were taken away and those of Mansfield Parkyns and Richard Ward were put into place, as were the new ceiling bosses. The organ was removed to the west end.

The nave too had a major refit, with the roof and floor having extensive alterations, a heating system installed, the screen put in the tower and the organ placed in a loft. Further work was done in 1894 and 1895 and in 1896, the year of Buckland's departure, the tower was pulled down to the level of the ridge of the nave roof and then rebuilt. 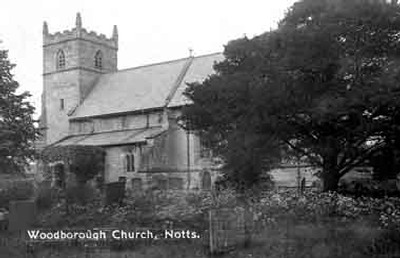 What inspired Rev’d. Buckland to write a history of the village? Was it that Joseph Marriott, a non-conformist, had already published a pamphlet in 1892 on a history of the village and church, and anything a non-conformist could do, he could do better? Perhaps as a scholar and an authority on ancient history and archaeology, in a village where the majority of villagers at that time were either framework knitters and (in the majority) attended the three chapels, he needed an outlet for his scholarship by writing the book. The support and help given to the unemployed and sick by the Male Friendly Society to its members may have left him on the margin of what life was really like for the general population of the village in the 1890's.

Taking on such a monumental task as writing a history of the village, must have been daunting with the multiple handicaps of no telephone, no bus service and a period of only five or six years to amass so much material.

It would appear that a certain amount of his research was done by correspondence. In his Preface he refers to the Manuscripts at York and thanks the Nottingham Record Office and the keeper of Manuscripts at Southwell Minster. His own research seems to have been mainly at the Nottingham Library and Record Office, involving Thoroton's notes on Notts, Woodborough and Calverton Parish Registers, Notts Visitations, Dickinson's and Leach's books on Southwell, Felkin's History of Hosiery, Charity Commission Reports, Wood's School minutes and the Enclosure Award.

With five chapters on the early history of the village, eight on the history of the Church and a single chapter on William Lee and the School so much of the lives of the ordinary village labourer, husbandman, yeoman and tradesman and in his own day, farmers, agricultural workers and framework knitters seem to have been ignored. There is no mention of the wonderful collection of early Wills and Inventories, formerly at Southwell and now at the Nottinghamshire Archive Office giving in intimate detail what villagers possessed, their occupations, properties and pursuits. So much more could have been deduced from the Parish Registers if he had analysed them carefully.

This is in no way to belittle the enormous contributions he made to the fabric of the church, its history, and the history of the dominant families occupying the three manors. After leaving Woodborough he went to be vicar of East Malling, Kent, for 24 years and then was Rector of St Anne's, Sutton Bonington, for ten years, retiring in 1930.

He died on 14th May 1938, aged 84, at Sutton Bonington. His research has been for the benefit of all with an interest in our village's history.