Place name spellings have changed throughout the historic period covered by this book. Buckland frequently quotes from source documents and has used original spellings, most however are recognizable to the spelling of names we are familiar with today.

Buckland himself writing the Preface acknowledges there may be "inaccuracies and mistakes". Never-the-less we are indebted to him for the mammoth task that he undertook and the legacy he has left future generations.

We commence with Rev’d Buckland's obituary, followed by letters of condolence received by his widow Mrs Ada M Buckland, née Parkyns. These are included without omissions and will give the reader an insight into his life and work. Then follows the Preface, then the title section taken from the inside front cover, the Contents section, and lastly the 109 pages of the book.

A further appreciation of Mr Buckland, by way of him being given the title of ‘A Woodborough Worthy’, can be seen by following the link under People section

The death occurred with tragic suddenness at the Rectory, Normanton-on-Soar, on Saturday, May 14th, 1938, of the Rev’d Walter Edward Buckland, rector of St. Anne's, Sutton Bonington, from 1920 to 1930.

He was a son of the late Edward Buckland, of H.M. Treasury Office, and a grandson of the late Dean Buckland, of Westminster. The Bucklands were natives of Devonshire. He was born in the Deanery of Westminster, baptized in the Abbey, and educated at Winchester College and Keble College, Oxford. He was ordained in 1876, and presented by Lord Wantage to the living of Beedon, Berkshire, a year later. He was vicar of Woodborough, Notts., from 1891 to 1896, and married Ada Murray Parkyns, the third daughter of Mansfield Parkyns and the Hon. Mrs. Parkyns, of Woodborough Hall, in 1886. While in charge of these two livings he successfully undertook the restoration of both churches. He was made vicar of East Malling with New Hythe, Kent, in 1896, and left there in 1920 to become rector of St. Anne's, Sutton Bonington, where he remained until his retirement in 1930.

Mr. Buckland was a great scholar and an authority on ancient history and archaeology. His book on Parish records in the Diocese of Rochester is permanently in circulation and was written when he was Hon. Sec. for Parochial Records. He wrote books on the history of Woodborough Notts., and Notes and Jottings on Sutton Bonington, now in the Nottingham Library.

Mr. Buckland was a well-known sportsman in his younger days. He was a good oarsman, coached and rowed in his college eight. A good swimmer, and while at Oxford saved a man from drowning.

The Rev’d. W. E. Buckland was buried at Sutton Bonington, on Wednesday, May 18th. The service was conducted by the Rector (Rev’d A. L. Thomas) assisted by Rev’d F. W. Soames (Rector of St. Michael's) whilst the Bishop of Southwell (Dr. Mosley) conducted the service at the graveside.

The hymns chosen were, "The King of Love," and "Jesus the very thought of Thee." The 84th psalm was also sung and Mrs. Newham, the organist, played "O rest in the Lord." A memorial service was held on Sunday morning, May 22nd, conducted by Rev’d A L Thomas, when the Rev’d Lord Byron, Rector of Thrumpton, gave the following address: "I am not going to give a text, as this is not a sermon. I merely want to say a few words about someone who lived among you for ten years. You have known this man in his capacity as God's servant, better than I knew him as a friend. He was the real leader of his parish, he did not drive unwilling people to the right course, hut by his own example he led them. He lived to the age of 84. At least 60 years of that life was spent as the ordained servant of God, carrying out his work in various parts of England. It was a curious thing that he should go away this summer to see his old parish again and friends, and that his call should come and that he should be able to lie at rest in the place he loved the best. I think that that was a wonderful end, although very sad for those left behind. It should be remembered that after 75 life becomes more wearisome and that one should not grieve too much when a life has ended in such complete fulfilment. When a young person dies in the prime of their life, one says, how sad! when a great criminal dies one says, how awful! but when as in this case, a saint dies, one should say, how glorious!"

Letter from The Bishop of Southwell.
BISHOP'S MANOR, SOUTHWELL, Notts.

My dear Mrs. Buckland.
Mr. Hamilton kindly wrote and told the of the passing of your dear husband. Words are always inadequate at such a time, but I now send an assurance of my remembrance and sincere sympathy.

His was a very loving and beautiful character and he was indeed a faithful and true man of God. In this shock of bereavement you will I know feel the desolation of loss, but the memory of his life and ministry and the thought of him at rest will bring you courage and consolation.
Yours very sincerely,
HENRY SOUTHWELL.

My dear Mrs. Buckland.
Our telegram will have assured you of our deep sympathy, but I write a few lines now to say how often you and your daughters have been in our thoughts during these sad days. Our friendship goes back so many years, and you have allowed us to share in your joys and sorrows, and I know you will accept our true sympathy, however inadequately expressed; one of my limitations now-a-days lies in letter writing. I shall always retain a vivid recollection of your dear husband, as a true friend of my own, a scholar of no mean attainments, as well as a Priest with life ever consecrated to his sacred calling, with a sound background of Anglican theology. It was always a pleasure to me to receive his letters, clearly written and full of interest.

It is unnecessary to speak of the closeness of the tie which bound you to him, and both of you to your daughters and in these later days to your grand children as well. These sacred links will knit you to your dear ones and enable you to face life now in the consciousness of a stream of affection ever waiting to express itself in loving kindness. May your years, as they pass, continually deepen the sense of the closeness of the ties which bind the Church on Earth with the saints already in Paradise.
Yours in true sympathy,
J. R. HARMER (Bishop).

Letter from the Bishop of Harmer's wife.

My dear Mrs. Buckland.
We feel we want to add a word to our message of tender sympathy in your great sorrow. I think that possibly sympathy is more needed now that the awful strain of these last days is over and you have the quieter time in which to realize more fully your loss. We do realize something of what this means to you after these long years of such ideal married life, but your love, dear Mrs. Buckland, is so unselfish that you will have strength to rise above the earthly sense of desolation and to rejoice for your dear one, as, after his life of such faithful and devoted service to Christ and His Church, he passes on into the Nearer Presence. You will be so thankful too, that it is you, and not he, who has to bear the earthly parting. It is a blessing indeed to know that you are so Surrounded by the love and tender care of your dear children, all within reach of you. Sorrow such as yours is very sacred and I should not venture to approach so closely to it if it had not been for the closeness of our old links of friendship. Our love and deep sympathy to the dear daughters and With all affectionate and tender thoughts.
M. DOROTHY HARMER.

Mr. Buckland was of a quiet and gentle nature, humble-minded and true, and had a strong and unswerving faith. Our sympathy goes out to Mrs. Buckland and her daughters.

We give thanks to God for his long and beautiful life of service. May light perpetual shine on him as he enters into his life beyond the veil, ever nearer to God.

A man of highest honour and integrity, his clear apprehension and vivid conception of Christ as Heavenly Lord was the power of his ministry as it was of his character. He was here for The Master, whose presence he felt in all his personal life and work. His high ideals and devotion to duty, his generous sympathies and unselfish aims, and his zeal for God's service—how aptly these describe the character of the beloved priest, Walter Edward Buckland. He was an inspiring example of a true saint of God.

We shall remember him gratefully.

The Rev’d Walter Buckland MA was vicar of Woodborough Church from 1891 until 1896. During this short period he researched and wrote his book entitled 'The History of Woodborough and the Prebendal Church of Woodborough in the Peculiar of Southwell'. This book covers matters relating to the history of the village and the church from Roman times until 1896, in that year Buckland moved on to another Parish.

The text of his book which follows, remains faithful to Buckland's writings, including spellings and grammar, there are many spelling inconsistencies of which some could be attributed to print typesetting mistakes. Some of the abbreviations have been changed to complete words, thus to improve clarity of meaning and understanding.

Finally, our placement of footnotes differs from those in the book, they now follow the paragraph to which they refer. 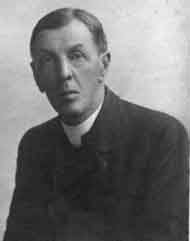