She was born in a cottage, long since demolished, on Westfield Lane Woodborough (seen below left) in 1901, the second child of Harry and Eleanor Musson. Nina, as she was affectionately known as by all her friends, attended the local Woods Foundation School until 13 years of age. In 1927 she married Sid Litchfield and they moved to a cottage in Church Walk. During the period between leaving school and getting married, Nina worked on the land for a time before going into domestic service in Nottingham. She was also a Sunday School teacher at St Swithun's Church. 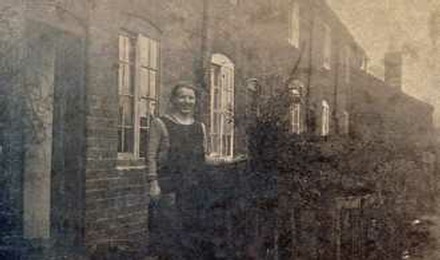 Left, Nina’s cottage in Westfields circa 1950, and Nina outside her home in Church Walk in 1930.

Sid and Nina had market gardens within Woodborough that were mainly on Roe Lane and Field Lane; they also had some land on Lowdham Lane and Foxwood Lane. The produce from these fields was sold on their stall in the Central Market in Nottingham until they retired in 1964. In 1947, they moved with their daughter Pauline, from number 6 Church Walk (seen above right) to a new house in Park Avenue, they moved with great excitement because unlike their other homes, this was the first one they had lived in with "all mod cons" (all modern conveniences). Nearing retirement in 1960 Sid and Nina moved again to one of the newly built 'old peoples bungalows' on Roe Hill and it was here that Sid died in 1992.

Nina enjoyed most village activities and was an active singing member of St Swithun's Church Choir until 1988, at which time she retired after 33 years service. Her centenary year was celebrated on her birthday, the 5th September 2001, with 150 family and friends enjoying a party in the Village Hall, this was also attended by the Mayor of Gedling. The day commenced with a special delivery of a telegram of congratulations from The Queen, followed later by a drive around the whole village in a vintage car. 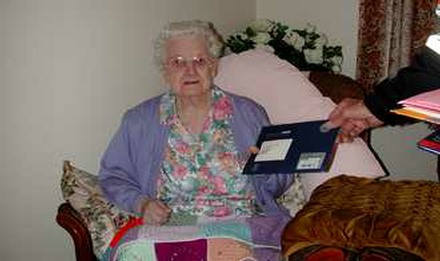 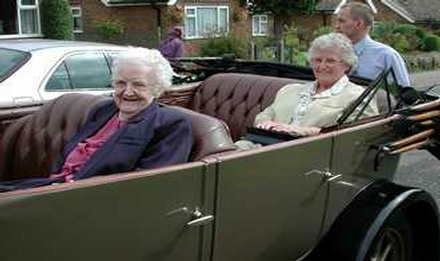 Nina reading her telegram from the Queen on the occasion in 2001 of her 100th birthday and right, Nina with daughter Pauline on Roe Hill about to set off in a vintage car for a celebratory drive around the village before a reception at the Village Hall.

The following Sunday, September 9th, her long life was celebrated with a quarter peel of bells and a special 'Songs of Praise' in St Swithun's where a full congregation joined Nina and family to sing her chosen hymns, afterwards, refreshments were served and the Beacon was lit in celebration of the occasion. Nina died six months later on 14th March 2002. 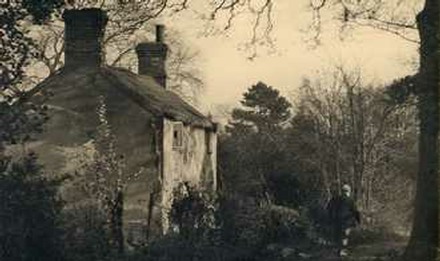