The Manor House - Robert Howett from 1876

In 1876 John Bagshawe Taylor sold the Manor and its estate by auction and it was purchased by Robert Howett who was a successful bookmaker. Robert Howett, the son of a shoemaker, was born in 1843 as was his wife Mary Ann Dalling. On their birth certificates both fathers' occupations were given as cordwainers but by the time of their marriage twenty-five years later, both fathers were described as shoemakers. On his marriage certificate Robert's occupation is given as lace maker. Later he evidently prospered as a bookmaker and was able to build the racing stables opposite the Manor House, and made alterations to the house itself. He lived with his wife, seven sons and one daughter. 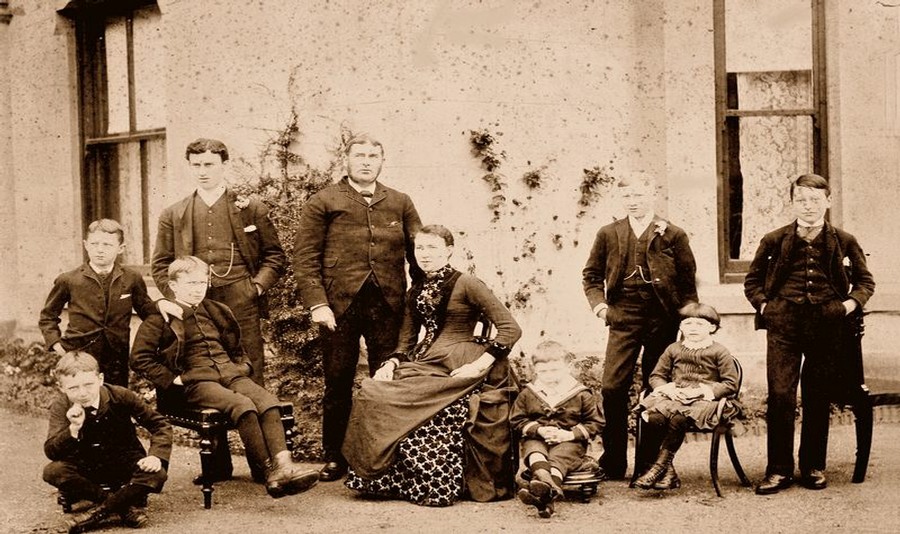 outside The Manor House in 1881

Domestic staff included a housekeeper, three servants, a gentleman, jockey and head groom. The latter would have lived over the stable block. He is said also to have erected the iron railings from the West end of the property round into Lingwood Lane as far as what is now the Old Vicarage. He changed the position of the east drive to the Manor House and culverted the 'Town dyke' which flowed through the grounds of the Manor. Robert also built a stallion yard in the North-east corner of the Broad Close, known as Munden's Hall.

The introduction of a racing stud and stables must have been an interesting development for the inhabitants of Woodborough, with the framework knitting industry in decline and the emergence of market gardening to feed the increasing number of hungry mouths in the City of Nottingham. Howett's obituary in the Nottingham Evening Post of the 2nd of January 1889 on his premature death on the previous evening sums up his Woodborough career.

"Mr Howett was entirely the architect of his own fortune on the Turf. From a comparatively humble origin he became possessed of considerable wealth. His first horse was Tourbillon, with whom he secured several prizes, but the best thoroughbreds that he ever owned were Activity and Munden who ran first and second for the Liverpool Autumn Cup in 1885, in which year Munden, whom Mr Howett had purchased out of a Selling Race, won amongst other races the Ayr Gold Cup and the Newmarket October Handicap. At the time of his death he owned several useful horses. The last time his colours were seen was on Sherbrooke who won the principal hurdle race at the Manchester December Meeting. Sherbrooke had previously scored this season in the chief prize at Leicester where the Union Jack jacket was also carried successfully by Monkshood. The deceased leaves a widow and eight children (a ninth had died in infancy) to mourn their loss. Mr Howett had a large breeding stud at Woodborough, was a considerable farmer, and took a great interest in other sports besides the Turf. He was a man of a generous disposition and a ready wit". 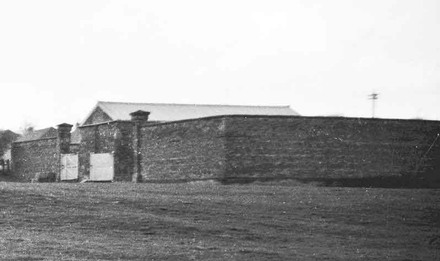 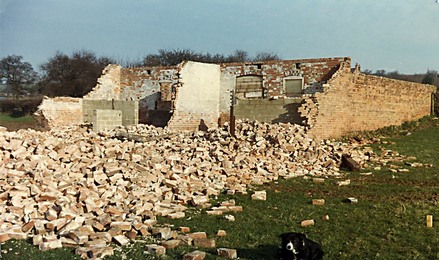 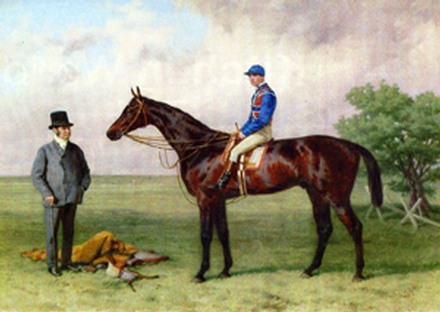 In his will Robert Howett gave his Flying Stud Racing Cup won in 1874 to his eldest son Bob who was also a bookmaker and in his younger days been an amateur rider at the time when the Nottingham racecourse was on the Forest.

Robert Howett had sold part of his land for the building of the 1878 school and school-house. According to the Rev’d Buckland, Mr John Bagshawe Taylor gave a piece of land, a paddock, rented by Mr Samuel Oldacres, probably the area where the new vicarage now stands. This donation increased the value of the 1736 school land when it was sold to the Ecclesiastical Commissioners by about £350. It was when the Ecclesiastical Commissioners purchased the former 1736 school which had been considerably extended by the Oldacres family that it became the village vicarage.

Above, Munden's Hall photographed in 1950 and right, Mr Howett’s horse Munden, painting dated 1878 this horse was probably his most successful.

Away from the main Manor Farm buildings and in the north-east corner of Broad Close field off Roe Hill, there was a stallion yard, known locally as Munden's Hall; it was probably built at the time when Robert Howett lived at the Manor (1876-1887). These buildings were named after a famous stallion owned by Robert Howett. The stallion yard had a two storey barn in the middle with a loft above for forage and bedding, two stables underneath led to an exercise yard either side, the barn and the yards were enclosed by 15' high walls, entrance was via two sliding doors which ran on rollers fixed to the wall.

On various places on external walls iron tethering rings were fitted to secure mares waiting for service. There was no known water supply to these yards until the early 1960's, when a pipe was laid from the nearby farmyard. At this time the middle barn of the stallion yard was reduced to one storey and re-roofed making it drier and warmer.

At this time the middle barn of the stallion yard was reduced to one storey and re-roofed making it drier and warmer. It was then used for housing cattle and pigs until it was demolished in 1981 for a housing development. These photographs below show the buildings at the time they were being demolished in 1981; there is just one other known photograph of Munden's Hall [see next article].

Left and above: Munden’s Hall in 1981 being demolished

to make way for new housing on Broad Close. 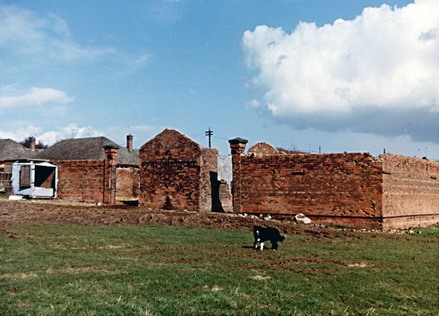