Below, the mill pond and sluice gate, right what remains of the hoist in the roof space of the Mill House both photographs dated 1982. 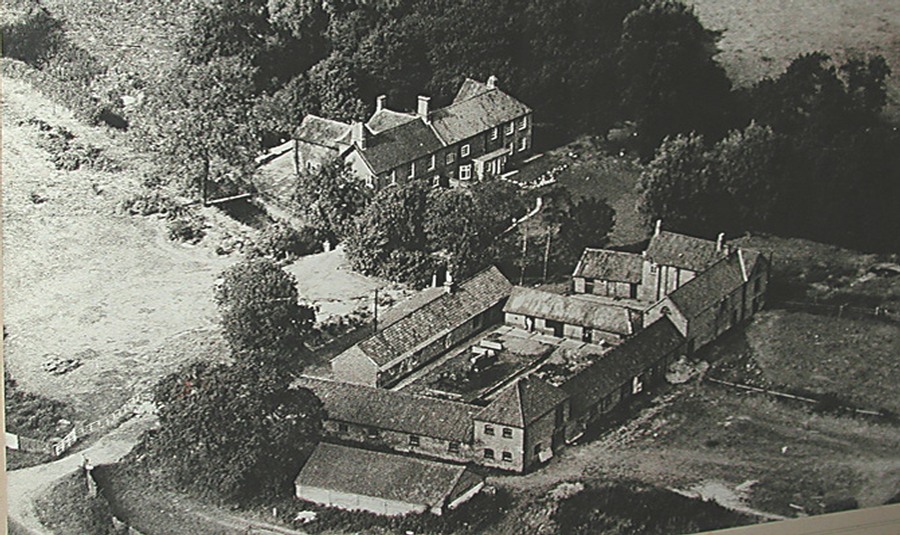 Taken from an O S Map circa 1883.          Note: orange indicates buildings with watercourses in blue

Along the length of the Dover Beck from Oxton to the River Trent there are the remains of at least eleven mills, which have been well recorded by W A James in 1936 to 1937 in a series of articles in the Parish magazines of Lowdham, Gunthorpe and Caythorpe. Mr James was unable to find any of the eleven mills marked on Saxton's map dated 1576, or on Thoroton's map dated 1676, or on Morden's map dated 1695. On Chapman's map dated 1774 seven mills were recorded including one at Woodborough and another at Epperstone.

At the time of Domesday (1086), Woodborough was divided into three manors held by Saxon thanes; one of these, Ulchel had a mill at Woodborough worth 20 shillings, which he held until the Conquest. Later it passed to Paganus de Vilers, a descendant of Ralf de Wodeburg, who held the land in Woodborough until the reign of King Edward III. Some of this land was passed to his great-nephew Richard de Strelley; by 1535 half the tithes of Woodborough Mill were owned by the Canon of Oxton in Southwell Minster. By 1609 a survey was made for the King of his lands in the Sherwood Forest and a very detailed map was drawn which shows the mill as belonging to Christopher Sturley. In 1662 Philip Lacock claimed the manor lands of Strelley including 'one ancient mill' and the claim was allowed by the Court. Various changes of ownership can be traced through deeds held in the Nottinghamshire Archive Office although the mill remained with the descendants of this family for another two hundred years. By the middle of the 19th century one David Scothern Seardison is recorded in directories as the miller, usually referring to its use as a water corn mill, but he finally ran into debt and sold it on in 1855.

In the Forest book dated 1663 on the 4th April it was ordered that the gauge of all mills in the forest shall be as follows: - the gate will be 4 foot high. The breadth of the river at the top will be 12 feet and the bottom 8 feet. The wash to carry away the water will be 10 feet wide and 4 feet deep. One interesting early court record shows that in 1633 the miller of Woodborough Watermill was indicted for ‘obstructing the water’. 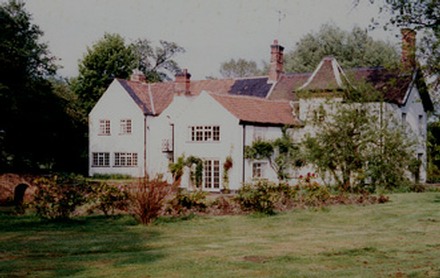 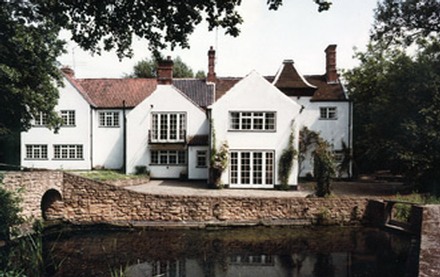 Left: South west elevation 1982. Right: Opposite side fronting to sluice 1982

W A James conducted a survey of all watermills in the locality and at the time he visited Woodborough Mill in 1933 a Mr Bourne of Epperstone Manor owned it 'and is in the occupation of Mr Henry Harvey'. In 1936 Mr Loweth was recorded as the miller. The mill works had been removed earlier by Sir Francis Ley when he lived at Epperstone. Soon after this the estate was purchased and the farm buildings became the home for Millholme Models, a small firm manufacturing and selling high quality model railway equipment. They later moved to Woodborough and occupied the Old School on Lingwood Lane. A local building company purchased all the land to the east of the mill building; they also converted the farm to its present state and diverted the footpath to Epperstone which originally ran beside the mill. The mill pond leading to the wheel was widened and a walk alongside raised. The interior of the house was considerably altered. 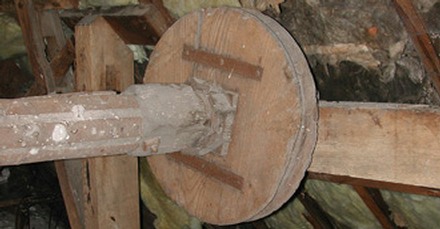 In the Church register are marriage records for Joseph Whitehead, miller in 1755, William Mettam, miller in 1763, and William Mathain, miller also of 1763. It is known the property was sold in 1970, 1978 and again in 1982. In 1978 some of the land was sold off to a local fruit farmer, later this became a fish farm which it remains so today. A public footpath from Woodborough to Epperstone passes close by (see Trails/The Woodborough Circuit elsewhere on this website), then over the millstream before continuing behind the grounds of Epperstone Manor. For the Mr James’s article see next page.