The Field Lane Poor Houses: There were at least seven, possibly nine at one time, but were not identified as such in the 1841 and 1851 censuses, although from the ages of the usual occupants and the occurrence of some of the names in the later censuses we can pretty well identify them.

The occupants were usually elderly couples, widows or widowers who had either been framework knitters or agricultural labourers who were often, but not always, receiving some form of Parish Relief. It wasn’t necessary for them to have been born in Woodborough, although strangely enough the ten occupants in the 1891 census had all been born in the village. In the last century the Poor Houses were described by one villager as no better than ‘hovels’ with no upstairs.

The above plan is taken from the 1876 sale details, it shows the exact position of the Field Lane allotments and the position of some of the Poor Houses shown here as ‘Woodborough Poor’. The two buildings shown towards the bottom of the plot have at some time been demolished. Situated on Lot 10 and coloured red are Field Lane cottages which are still inhabited.

Above right: The end of the Field Lane plots can be identified, at the top left side of this photograph there is a small square structure and a row of cottages, the plots were between these buildings.

The last occupant was a Mrs Palmer who smoked a clay church warden pipe and had a black cat. I expect some of the little village children thought she might be a witch. At times up to four properties were unoccupied, as recorded in the 1881 census. The occupants had to pay some rent – Parish Constables or Overseers of the Poor could be surcharged if they failed to collect the rents that were due. In nearly all cases in the censuses the occupation (or previous occupation) of the tenant was given. They were in fact, working until they were sometimes in their eighties. Sarah Wyld, in the 1881 census, who was 83 years old, still seamed stockings while many of the men were still working a frame. When they could no longer work they were classed as Pauper/late FWK or Pauper/late agricultural labourer.

By 1933 only four of the Poor Houses remained and they were not fit for habitation, or so the authorities considered. Woodborough Parish Council objected to their demolition saying that the village owned them and not Basford Rural District Council, according to the latter’s minutes dated 14th March 1933, the three vacant houses were to be demolished on the advice of the Ministry of Health, the fourth still occupied by Mrs Palmer, was to be demolished within weeks of the house becoming vacant.

Poor Relief was given to individual occupants of the Poor Houses for the years 1901 and 1906, but in some cases, where a family could give some financial support, part or no Parish Relief would be given.

The first meeting of the Primitive Methodists was held in an adjacent barn. 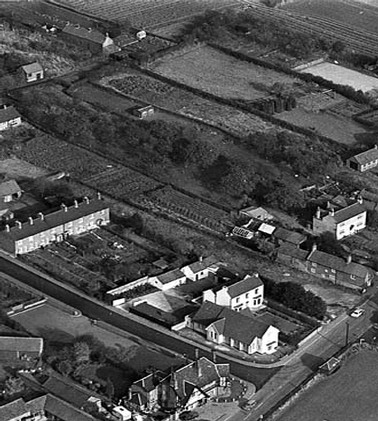