Enclosure of Woodborough 1795 - An introduction (and modern interpretation)

As can be seen below, the original transcription was devoid of both punctuation and paragraphs. The style of our version is faithful to the spellings in the archived copy. Place names and names of owners or tenants are retained despite there being numerous inconsistencies throughout the whole document. To enable Enclosure to be more easily read, punctuation has been added and the text broken down into paragraphs and sub-paragraphs.

It is interesting to discover where the 321 individual plots were located, and also who owned or tenanted them. The Inclosure Act also sets out the roads and bridleways, including their widths between boarder hedging. The names of the roads and where, and by whom, the drainage is to be maintained, all things that we take for granted today. So as you drive or walk our lanes, notice where the hedges are and consider that they were first stipulated in 1795. 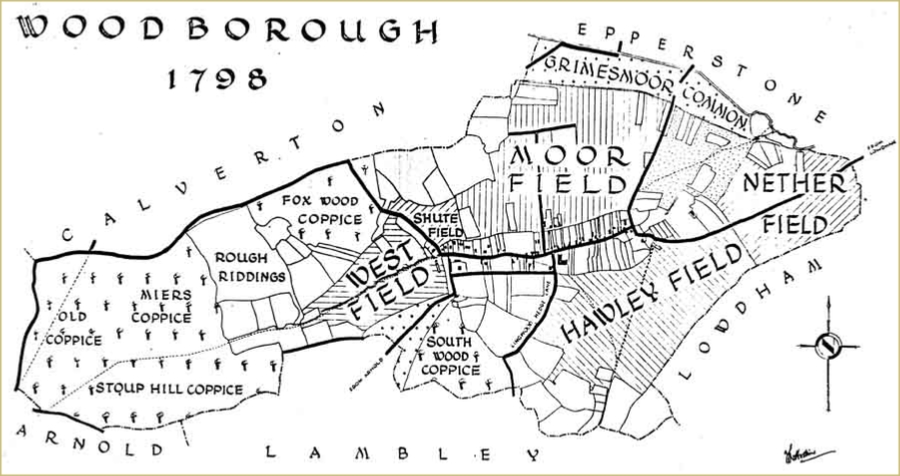 The Enclosure document was written virtually without any punctuation or paragraphs as shown below:-

This style continues throughout the whole document making it a very difficult read.

The plan below, as far as is known, was not included in the Enclosure Award, but it is useful to see how the lands would have been allocated beforer Enclosure, neighbouring parish names are also shown:-