The southern aspect of St Swithun’s Church & Churchyard in 1880

There was an exception that burials could continue to take place in existing walled graves. The last person to be buried in the church graveyard itself was Mansfield Parkyns who died in January 1894 only a matter of days after seeing his choir stall carvings dedicated in the chancel, this was recorded on a brass tablet next to the pulpit:

'Remember in prayer those who, in love and devotion, built this beautiful church in past centuries; those who have ministered here in days gone by, and all those who worship and work here today'.

Around 1980 a Garden of Remembrance was established within the Church Graveyard so that commemoration could be made for those who were cremated. It was sited close to and facing the East Window. The garden was made more formal in 1990 with addition of a gravel surface and now has edging stones as a boundary.

Life beyond the gravestones by Evelyn Cox:

It seems a strange reflection on our society that it is among our dead that the country’s wildlife has one of its best chances of survival. Our churchyards, both those in cities and in intensively farmed areas, now constitute a series of important havens for wild plants and animals. But even this final sanctuary is now being threatened by our excessive desire to create order out of untidiness.

In many counties churchyards enclose the last remnants of ancient grasslands. Some are centuries old - as old as the churches they surround. Others, especially those enclosed in the last century and not yet filled with graves, are relics of old meadowland or permanent pasture and retain their original characteristics because the grass is kept under control by cutting. As the neighbouring countryside is ploughed, fertilised and sprayed with weed killers the graveyards provide a refuge from the disruptive and destructive effects of modern farming.

Our churches and their surroundings protect more than just grasslands. Many churches contain magnificent trees, particularly those exotic conifers so beloved by the Victorians. These may provide homes for species such as the goldcrest and coal tit which may find the surrounding inhospitable.

In highly agricultural counties with few natural rock outcrops, old churchyards may be one of the places where lichens survive. Lichenologists find gravestones particularly interesting because colonies can be accurately dated and their rates of growth measured. Such colonies also provide information for scientists recording the effects of air pollution.

Animals abound too - foxes, badgers, weasels and of course, those traditional inhabitants of church belfries, bats. These are probably the only group of British mammals which need protection - and they have recently been granted it - but they pose problems for many a vicar. They do not confine their sleeping quarters to the belfry but prefer to roost between the side aisles and the nave which results in droppings on brass and marble monuments, not to mention the congregation.

The extent of wildlife in churchyards has been charted by the Botanical Society of the British Isles. County recorders have investigated the most valuable 10 per cent of churchyards or other burial grounds in each county. At the same time Women’s Institutes are carrying out their own survey.

With forethought and planning there is not necessarily a conflict. Certainly the Church of England has a long record of trying to help conservation.

It is not a matter of allowing churchyards to become bramble infested jungles, but of cutting grass in June after it has seeded, trimming hedges in an A shape and allowing hedgerow trees to develop. So in theory churchyard wildlife is well protected. There are projects for recording the wildlife in them. It is said, one team recording lichens on gravestones came face to face with another scrubbing the lichens off them!!

Extracts from an article by Evelyn Cox 1983 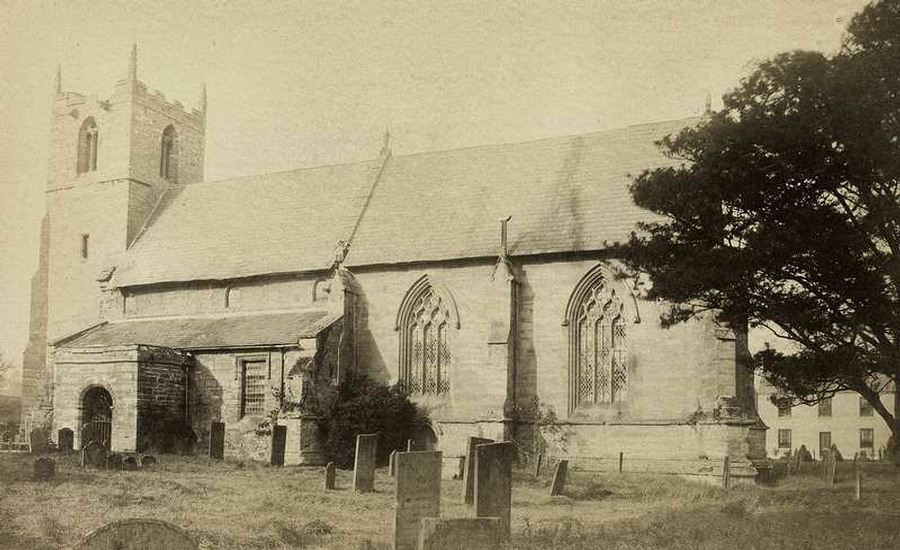 Woodborough Women’s Institute survey of 1982: As part of a nationwide exercise in 1982, members of the Woodborough WI undertook a survey of Woodborough churchyard. Their main objective was to record on pro forma the detail from visible burial headstones, names of the deceased, their date of death, their age, together with any other inscriptions. They would also record the type of headstone, material used, geology, technique of inscriptions, condition and dimensions.

They recorded 154 visible headstones in the churchyard, it was found that approximately half had suffered weathering and as a result the members found some or all of the inscriptions could not be read on those found to be in a poor condition. During the same year other WI members recorded the fauna and flora within the churchyard. Thus a comprehensive and valuable amount of information was gathered. However, this survey was never completed.

Churchyard Tree Survey 2008: There are a number of trees in the churchyard that are dead or dying [see plan below] and others that for reasons of safety need pruning or other work. The condition of the trees was identified in a tree condition survey carried out by Nottinghamshire County Council last year [2007]. The work recommended in the survey was carried out by specialist tree contractors and had the full support of Gedling Borough Council, the Parish Council and the Parochial Church Council. Although it is sad to remove any trees the churchyard will be a safer and in due course appropriate replanting will be carried out.

With this work completed there should not be any need for further major work on the trees for at least five years, although the condition of all the remaining trees will continue to me monitored every year. There will be some appropriate replanting undertaken.

Woodborough Photographic Recording Group (WPRG) survey 2009/2010: WPRG have as part of their general research into village matters, decided to attempt by various methods, to complete the earlier WI headstone survey, to try to decipher inscriptions on weather damaged headstones, and, by comparison with newly acquired burial records attempt to complete some of the worn out words of those inscriptions. There will also be an attempt to establish if there are any fallen headstones now covered with grass. For this we have enlisted the help of Nottinghamshire County Council Archaeology Department who will complete a geophysical survey of the whole churchyard in the Spring of 2010 and additionally use a scanner to examine what lies below the ground.

A comprehensive report on the latest survey follows this introduction.

Views of the Churchyard taken

Visitation reports show that from 1870 the church graveyard was considered full. It was some time before negotiations commenced for a new cemetery, but it was decided by Act of Parliament on 16th May 1878 (see next page) the church graveyard would be closed for further burials from 31st December 1878. 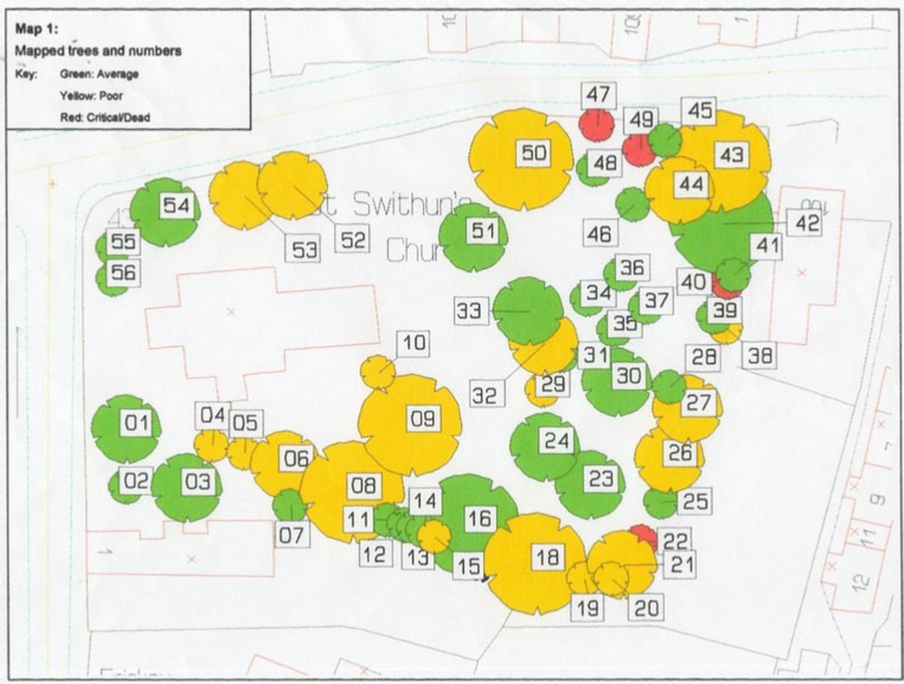