Introduction: It is appropriate to include an article about Calverton Lido in this website because the Lido lies just within the northern boundary of Woodborough parish, although, it is nearer by road to Calverton than Woodborough. The boundaries, which are indicated on the map below, run along the north-west and north-east sides of plot 51. The Lido was built on land near to natural springs and the site is thought to have been some form of military camp in the sixteenth and seventeenth centuries.

This map shows the position of the farm buildings in relation to Moor Lane; it also shows the position of two springs and the route of Grimesmoor Dyke and the Dover Beck. A bore hole is mentioned later. The map indicates the positions of a surface water dyke and beck as well as underground water sources all in close proximity to the eventual site of the swimming pool.

The land upon which Calverton Lido was built once belonged to Woodborough Hall. However, in July 1922 it formed a small part of a much larger sale, by auction, on the instructions of Mr Charles Hose Hill who, at that time, was selling Woodborough Hall and its estate and moving to Nottingham. Lot 46 was described as "A valuable mixed farm" known as Moor Farm abutting the north and south side of Bonner Lane¹ and let to Mr W Middup. The total size of the farm land was just over 94 acres, but the piece of land that concerns us for the purpose of this study of the Lido, which came 13 years later, is numbered 51 on the above O.S. plan and was 3.43 acres in size.

¹ Later o.s. maps show this to be Moor Lane at the point where it passes Moor Farm, rather than Bonner Lane, which is a little further west of the Lido but which does lead to Calverton village.

Building the Lido: The above photograph is quite important, it is dated 1934 and shows the spring before building commenced but which was eventually used to fill the swimming pool. The following photographs are dated as early as 1935 and show the pool in use, it is therefore thought the Lido opened in 1935 and not 1937 as previously stated. The spring is in close proximity to Bonner Lane [Moor Lane], the gentleman in the middle of three is Michael O'Brian. 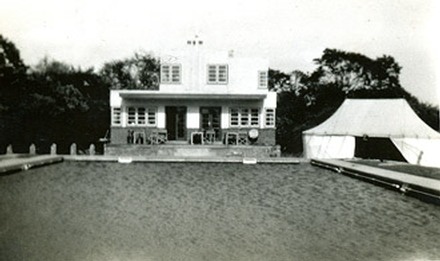 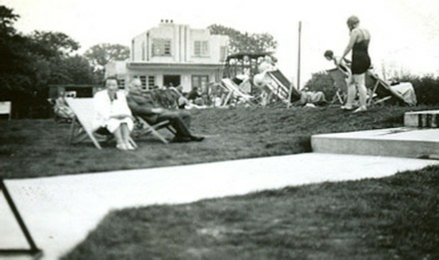 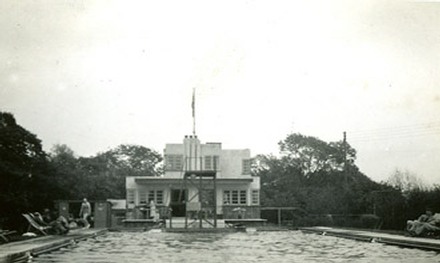 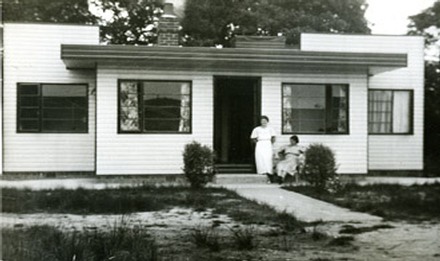 The Lido was built in 1935 and was situated on Moor Lane opposite a caravan park. The builders were Albert (Bert) Roden and his business partner of the day Cecil (Cess) Winfield. Bert was the builder and Cess the electrician. Both were Calverton people and they faced much opposition from the Calverton population whom had been told that it was to be a nudist colony! This misinformation was put about by a Mr. Collyer, then a Parish Councillor, from which we get the name of Collyer Road in the village. (Many residents of Calverton think Collyer was a mis-spelling of Collier as the road led to the now demolished Calverton Colliery). According to Bert there was a great dispute at the time over the boundaries of the site but eventually this was resolved and he planted a row of Poplar trees on the Eastern boundary. In its early days an attraction included two apes in a cage that were housed at the Lido for many years but they fought and had to be put down. 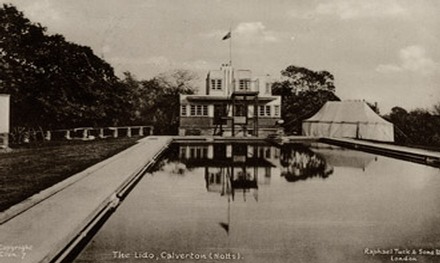 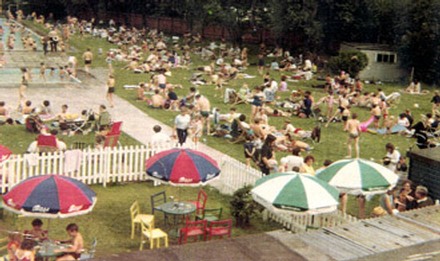 Calverton became a mining village during the 1950’s and the miners, most of them coming from the North East, moved into the village. Some of the miners were initially housed at the Calverton Lido after the pool season had finished, this would be until the new housing estates at either end of Calverton village were built. The miners slept in the chalets and the bungalow on bed settees and some were in tents in the field next to the sewerage works. The miners had to walk from the Lido to the pit before and at the end of each shift a distance of some 2 miles each way. They had quite a hard time especially as it was nearing winter, for some this was too much and they found alternative accommodation. 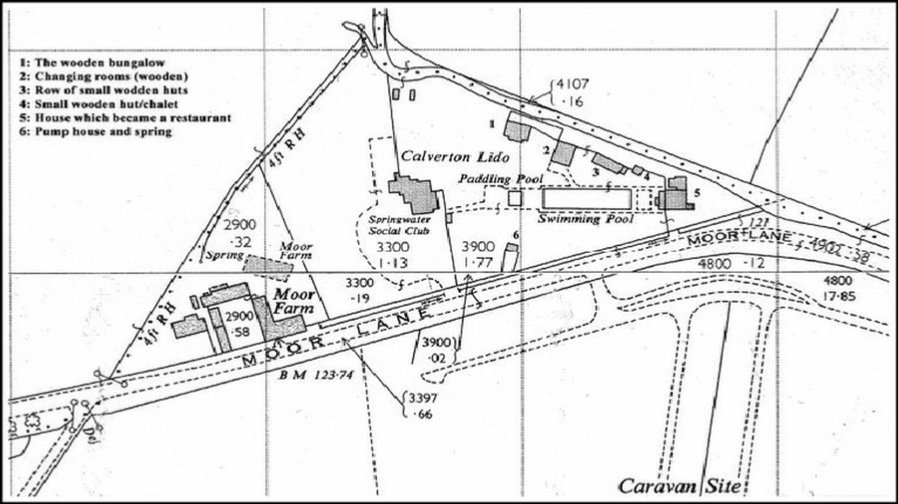 Lido ownership: In 1963 the Lee family bought Calverton Lido from a lady called Mrs Lea. The whole site, around 3.4 acres, consisted of a social club, several small wooden buildings and a house. From the above 1962 O.S. map all the buildings and full layout of the Lido are clearly identifiable. Number (5) which in 1968 became a restaurant. The swimming pool was fed with fresh water from the brick built pump house (6). A separate small paddling pool was to the left of the main pool and the high diving board to the right of the pool. It took 10 hours to fill the pool from being empty. The whole was bought for £11,000.

On hot days people would walk, en mass, down Bonner Lane from Calverton to Moor Lane, carrying picnic baskets and swimming costumes for a family day out. Very few had cars then. They would pile in through the front gates and it was a great sight to see hundreds of people having a fun day out. The grounds were always kept immaculate. 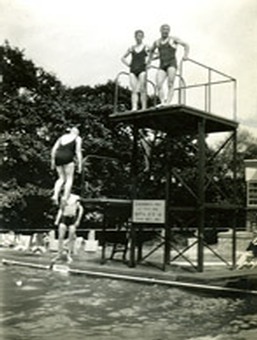 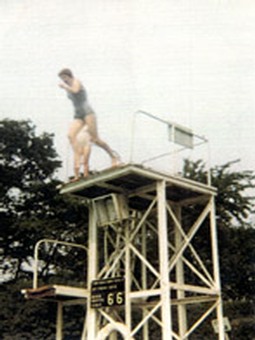 The social club, which was named Springwater Social Club, consisted of one room with a stage at one end and a dance floor and bar. This was gaining a good reputation by the artistes who played there and it boasted a different act or group every Saturday night. Some of these artistes were: Carl's Fables who went on to become Carl and the Heidleburgers, Dave Betton, Sons & Lovers and before they became famous Paper Lace. In it’s heyday it was the place to go and it was probably the best era for the club and Lido between 1963 and 1971. The club was managed by Kath and Nunc Bromyard who lived in the bungalow on the site.

During the 1960’s and 70’s the Lido seemed to be having its heyday. The bore hole was made deeper to obtain more water but towards the end of the sixties it was noticed that the pool had some subsidence. A coal seam was being mined directly under the pool. This, over the next few years caused the whole pool to tilt, so that the deep end became shallower and the shallow end overflowed. This eventually caused the demise of the pool (Lido).

In the late 1970’s the Lido business went into decline. This was not only due to the state of the pool and the subsidence, but also more people owned cars, which enabled them to travel further afield.

The club still remained popular well into the late 1970’s when it was totally refurbished. The original shell of the wooden clubhouse was kept in tact and the new brick building, over twice the size, was built around it. When it reopened it became the Springwater Inn and Restaurant. The Lee family decided to sell the Lido, the Springwater Social Club and the house now known as Lido Villa, it was put on the market and sold to a local business man in about 1983. Possibly the same 'local business man' in 1986 applied to Gedling Borough Council to build a motel with 26 units, the application was rejected. The Lido closed between 1984 and 1986. 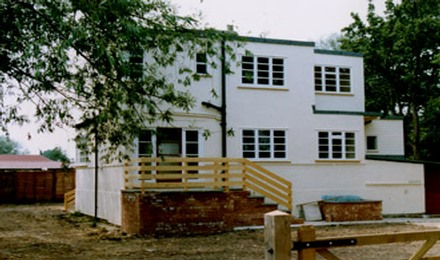 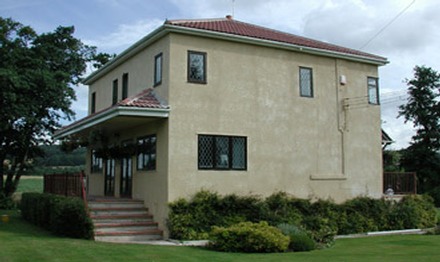 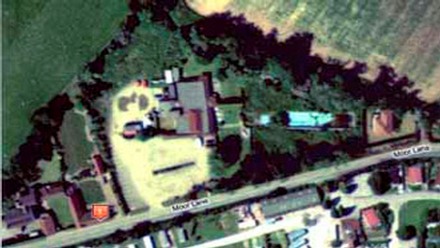 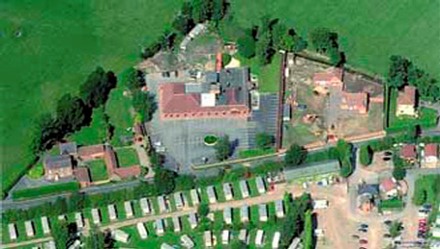 Above left, the eastern side of what was a restaurant and house between 1968 and 1975. The photograph

dates from around 1985. The pool and leisure facilities were on the other side of this building.

Above left: The site sometime before year 2000, the pool is still visible, the Springwater Restaurant before further extensions were built later. Above right: This photograph taken between 2002 and 2004 shows the most recent extensions to the restaurant - centre of picture. An extensive dwelling house has been built on the lido site. Also in this photograph the former Moor Farm extreme left and the Lido Villa right. Both photographs are © Virtual Earth.

The whole site was sold again in the late 1999’s and the Springwater Inn was turned into a Cantonese Restaurant which is now a very successful enterprise. The former house/restaurant on the East side of the site was converted and refurbished and sold as a private dwelling. 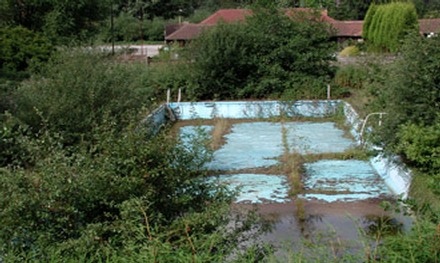 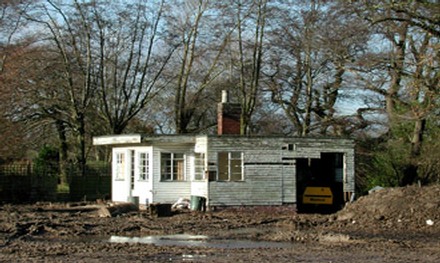 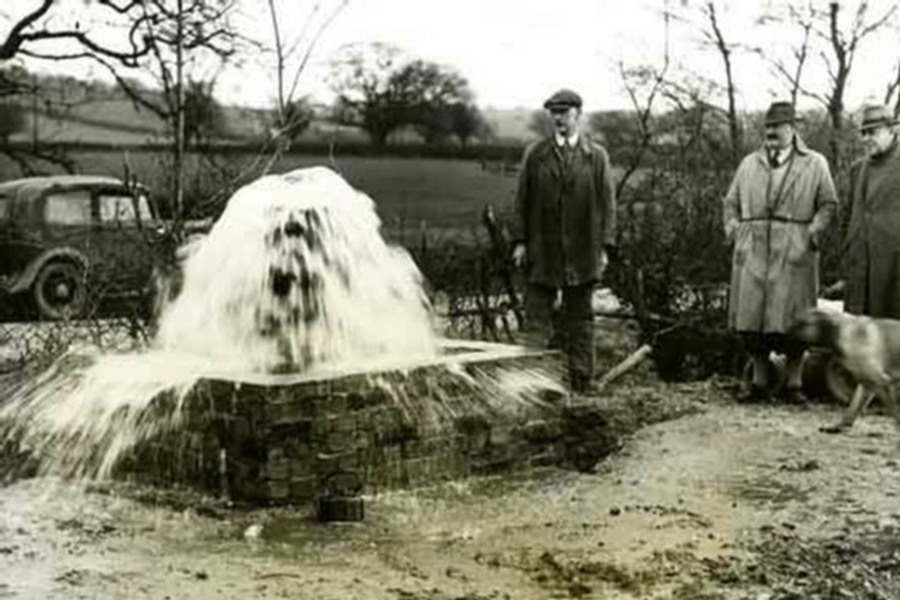 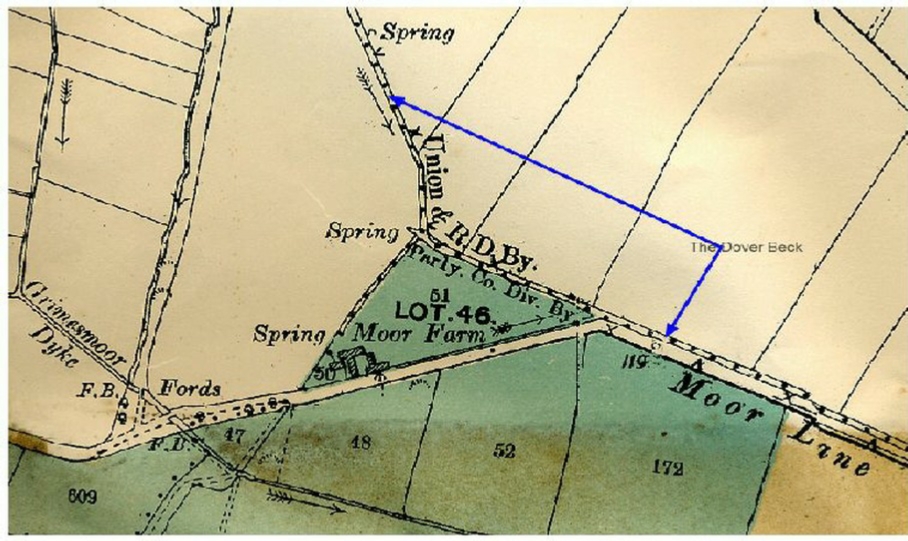 Above left the derelict swimming pool.

Above right: The bungalow known as Hippy’s photographed in 2001 just before it was demolished.

In 2000 where once the pool and gardens were, adjacent land was acquired for development for a new build property, the site was cleared and pool filled in. As part of this redevelopment, the wooden 'bungalow' was also demolished. Building of a new house on the site of the pool and garden was commenced in either 2001 or 2002 and can be clearly seen in the above aerial photograph on the right.