The kiln is located centre of this map on the south side of Bank Hill, with Bank Hill cottage on the north side. 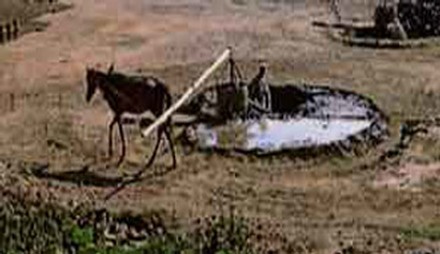 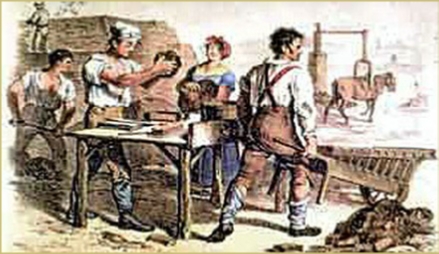 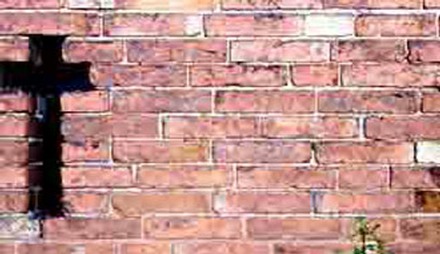 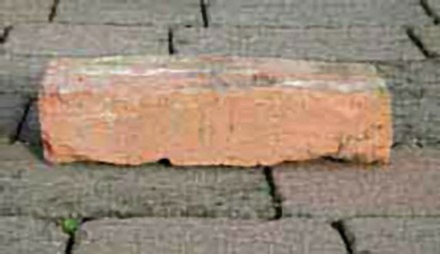 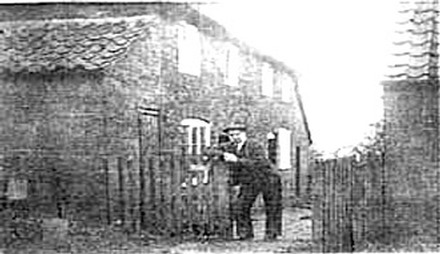 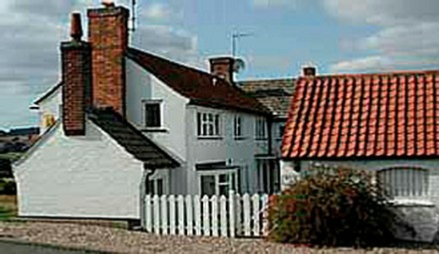 Why then, when we look over the gate of the brickyard field do we see healthy crops on a gently sloping field? Why is there no clay pit visible here? Before the Second World War night soil was collected from properties in various neighbouring villages – we all know what night soil was – it was the contents of the privies which were a common feature at the end of the garden. Some people had fairies at the bottom of the garden – we had a privy at the end of ours and the night soil from some properties in surrounding villages went to the brickyard. A little later Southwell District Council used the field for domestic rubbish which at that time consisted mainly of ashes, cinders, the occasional tins (Sunday fruit) and a few bottles such as sauce bottles.

After the war Basford Rural District Council contacted Mr Kirkham at Bank Hill Farm to use the old brickyard as a tip for the district and loads were deposited there 2 or 3 times a week after they had built a roadway of ashes from the gate to the top of the field. There was no plastic of course in those days but quite a bit of scrap metal and Mr Kirkham says that one man made a living taking the scrap he found on the tip. For Mr Kirkham it must have been galling to have a non-productive field so when tipping finished in the early 1950’s, the Ministry of Agriculture sent a few bulldozers to level it. They then used the clay from the edges of the site and the surrounding fields to cover the rubbish with a thin layer of soil. Mr Kirkham says there was no top soil brought in.

It is believed that Mr Kirkham was charged about £400 to have it levelled and covered in soil and he was to receive £250 for bringing it back into agricultural use. So he took the difference of £150 to Chalfont Drive where the two relevant departments were. But of course, the Civil Service mind doesn't work like that and he had to make a quick trip to his Bank Manager for the extra to make up the £400 in order to receive the £250 from the other department! By the look of the crops in the field the roots seem to be getting down to the night soil.

Mr Walter & Mrs Martha Inger lived in the manager's cottage; Mr Inger can be seen in the above photograph. Mrs Inger continued to live alone in the house after she was widowed. This cottage was originally the brickyard foreman's, who presumably looked after the horses, we know that in 1871 Thomas Cook and William Cook lived at Bank Hill Cottage and that Mrs Inger was also there because the census states "lived at Mrs Ingers' and stabled horses used at their place" 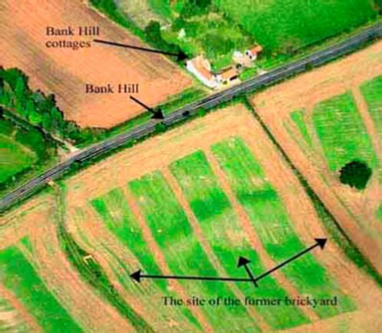 Neither the brickyard on Bank Hill nor Bank Hill cottage appear on the map detailing the 1795 Enclosure of Woodborough, but both appear on Sanderson's 1835 map of which a small portion is shown below. The brickyard is noted as 'Brick Kiln', and the position of Bank Hill cottage being just north-east on the opposite side of Bank Hill. As a point of reference, note the close proximity to Woodborough Hall which is about ¼ mile north-east.

There is a reference to Potter Hole Closes in a sale agreement of 1735 of land abutting Potter Hole Close West. The name implies that clay from those Closes had at the same time been used for making pottery which occurs in early Woodborough inventories as earthenware. A close was enclosed land, in this case part of the Moor Field which was one of the Open Fields before the Enclosure Act. It was probably enclosed to prevent people and livestock from falling into the holes or pits from which the clay had been extracted. The Potter Hole Closes were situated on either side of Roe Lane on the brow of the hill beyond what is now the cemetery. According to the Enclosure Award they were over 14 acres in extent.

Perhaps more importantly there is also a field in Lingwood Lane known as ‘Cockleshell’ which in the 1930’s was formerly called The Brickyard (Brick Kiln Close). It had been enclosed before the 1795 Enclosure Award and at that time belonged to John Taylor of the Middle or Hertford Manor. There are, or at least there were some years back, the remains of a brick construction where the Sick [Sycke] Dyke flows along the edge of the field. The original purpose is not known but in the early 20th Century it was used as a ‘sheep wash’ for dipping sheep. It could well have been used in a brickyard, perhaps for storing water for various uses in brick making.

A Pug Mill is a device for mixing and refining clay for brick making. It consists of a tub of iron with a shaft (usually turned by a horse) from which projects a set of knives arranged in a spiral fashion. Clay was inserted at the top, mixed by the knives and forced out through an opening in the bottom to be taken away to be moulded into bricks. Evidence of a Pug Mill at the Woodborough brick factory can be seen from the 1883 O.S. map below. There are two circular marks, one to the right of the factory building, the other to the right of the pond.

When the first Woodborough School was built between 1734 and 1736 an account dated 8th November 1735 shows that the bricks used in building it came from the brickyard of John Harvey of Calverton. If bricks had been made in Woodborough at that time it would be surprising that they were obtained from Calverton, necessitating a cartage cost of 3s. 6d a thousand for the 26,500 bricks needed.

Only the wealthiest inhabitants of the village were building in brick when Philip Lacock built the Home Farm (now called Hall Farm) in 1710, and Mountague Wood of the Middle Manor built the 1736 school.

Maurice Pugh – curate of Woodborough from 1741-66 was a man to whom local historians owe a debt of gratitude. He had the foresight to include the occupations of his parishioners in his entries in the Parish Register and this was continued until 1784. The first mention in the Parish Register of a brick maker appears in May 1774 when George Gallimore, brick maker, married Mary Clay. Obviously George found the Woodborough clay to his liking.

Ann, the daughter of Thomas Moody, brick maker, was baptized in May 1778 to be followed by the baptism of Naaman, the son of Thomas Herod, brick maker and his wife Millicent in 1781. John Herod, brick maker, married Elizabeth Foster in 1783, so it would appear that during this period the village brickyard may have been operating – that is, from about 1770.

As mention of occupations in the Parish Register they were discontinued in 1784, we have to wait until the 19th Century censuses to gain any further information. However, we must not take it for granted that the men were brick making in Woodborough, they could possibly have worked at the Calverton brickyard.

In the 1832 Directory of Woodborough, John Toplis is described as a brick maker and at the beginning of the 1841 census there is a paragraph by William Hogg, the enumerator responsible for compiling the census and who lived at the Cock and Falcon, indicating his route round the village. Part of it reads ‘all that part of the Parish of Woodborough commencing at the Public House called the Falcon to the extremity of the village northward – thence to Lodge House and Cottages, back by Toplis’s brickyard, down the West side of the street to the Church’. So although it seems that there could have been a brickyard on Bank Hill as early as 1770 or thereabouts we have to wait until 1841 for definite proof.

White’s Directory of 1832 gave John Toplis’s occupation as brick maker but by the time of the 1841 census he was beerhouse keeper (at the Bugle Horn). His son, however, William Toplis, was making bricks, as were John and Thomas Bradley. In a Directory of 1844 Sarah Toplis was named as brick maker and probably still owned the brickyard. It appears that tiles, drainage pipes (or sough pipes as they were known in Woodborough), as well as bricks, were all made at the brickyard in 1848 by John G. Dodd who had married Sarah Toplis by licence in 1846.

Robert Whitaker made bricks and tiles in 1861 with the three sons of John Small, age 14, 12 and 10, who were all working as ‘brick maker's boys’. The families involved in the brick making lived mainly on Bank Hill or Calverton Lane [now Foxwood Lane]. Robert Whitaker was still making bricks in 1881 whereas William Toplis had given up brick making to become an agricultural labourer.

Directories in 1864, 1869 and 1885 give William Hill as a brick and tile maker in Woodborough but as he lived at Saxondale he does not appear in the Woodborough censuses. It would seem that he acquired the brickyard at least by 1864, probably as an investment.

Above left: A small section of the 1883 os. map showing the position of the Brick Yard (centre) and Bank Hill cottage (top right)

The above right aerial photograph taken around 2002, shows the current condition of the land where the brickyard once stood.

Left, this 1883 os. map appearing to show two pug mills, one slightly larger than the other. If there were in fact two the smaller pug mill has a convenient supply of water nearby, a pond, perhaps fed by a spring.

Thomas Cook and his son William were both brick makers in 1881 and lived at the house just below the brow of Bank Hill on the right hand side going towards Nottingham. Thomas was probably the foreman and looked after the horses; stabling for three horses was still in the brickyard in the 1930’s when Jack Kirkham occupied Bank Hill Farm. In 1889 it was stated ‘bricks are still being made’. The last Directory entry in which Woodborough brick making is mentioned when William Hill was brick maker – or possibly just owner – was in 1895. It is unlikely that any bricks, tiles or drainage pipes were made after 1893. It would be interesting to know how many cottages in the village were built of Woodborough bricks between 1770 and 1895.

Now to recollections - Mr Bill Alvey, who some may remember as our village shoe repairer, told [the writer] that Mr Cook, manager of the brickyard, put little clay figures into the kiln to be fired for the village children. There was a pug mill for the clay and Bill remembered a circle made by the horse going round to work the mill. He also remembered brick ponds for the water used in the pug mill and the newts that lived in them after the brickyard had ceased to operate.

Although the hollow, which was created when clay was extracted, was filled in after the second World War, there is still a shallow depression in this field, as can be detected by examining the bordering hedges as shown in the photograph. The border is wider at the point where the land has settled. The green shading of the grass is also another indicator of settlement.

References to brick making in Woodborough in the table below, have been taken from various Trade Directories and Censuses records. The dates recorded are those at the time of publication, not start or finish dates: 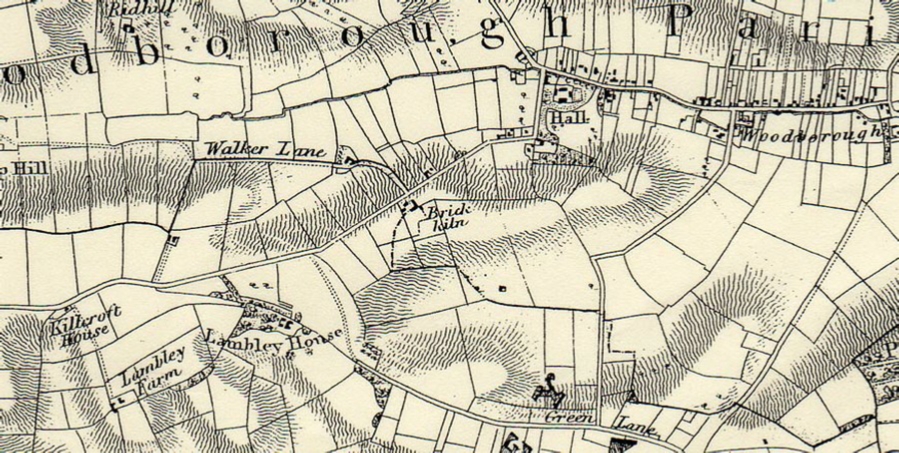 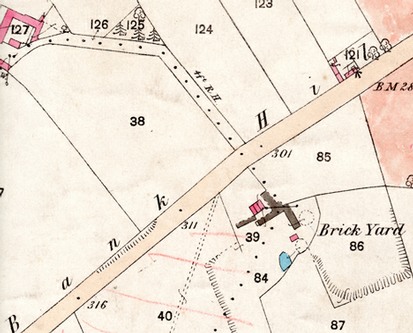