William (Bill) Alvey was born in 1909 and died in 1986 at the age of 77. He left school when he was 13 or 14 and joined his father's (Joseph) cobblers business on Main Street to became a cobbler himself, eventually taking over the business when his father retired.

Bill married Pansy Offord in 1936; Pansy was a parlour maid at the home of Col. Potter at Lambley House on Bank Hill. They led a quiet and ordered life; meals had to be on the table at 8am, 12 noon, 4pm and 8pm. They had a beautiful garden and the grass was cut every other day!

He was seemingly a private man who was self-taught in most of what he did. Regrettably we only have one photograph of Bill in our archives and that can be seen above [courtesy of the Nottingham Evening Post]. 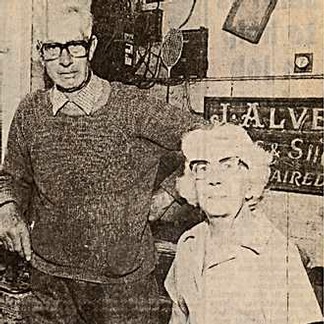 Besides being a cobbler all his working life he had many and varied interests, these are listed as:-

Bill & Pansy pictured on the right, in 1983 inside the cobblers shop just three years before Bill’s death. 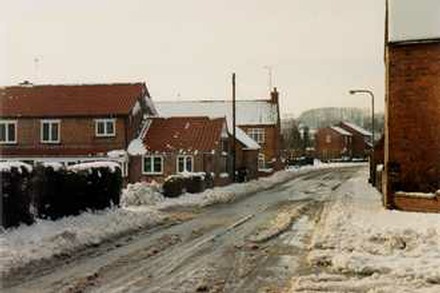 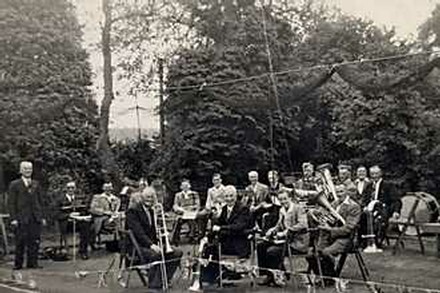 The cobblers shop and attached house in

When needing further supplies of leather he would go to Nottingham (8 miles away) on the 8 o’clock bus and return on the 11am service from Nottingham. Stitching bottoms (soles) and buckles on shoes was “a tanner” (half a shilling). He worried that when leather went up in price he would say in his broad north Nottingham dialect, “folks’ll not pay 7 and a tanner [7 shillings and six pence] for men's boot soles and 4 bob [4 shillings] for ladies”. Children could take their whip and top to have a new leather lace put on the whip and a metal stud for the top to spin on. When asked how much that would cost he would say “nowt”.

When asked to describe Bill’s nature, the replies would be, a great but quite character, dry-witted, good sense of humour, self taught, well read (but only Dickens), and someone who could make something out of nothing, who spoke in a broad north Nottingham dialect and of course as we shall describe below, had a wonderful eye for composing photographic scenes.

We now come to the man as an accomplished photographer, who achieved many a wonderful photograph with such modest camera equipment and then who went on to develop, enlarge and mount his prints in a very  skilful way. 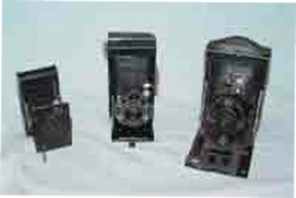 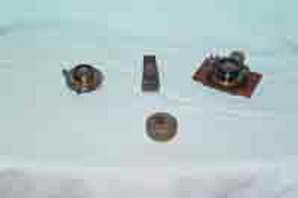 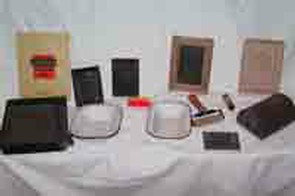 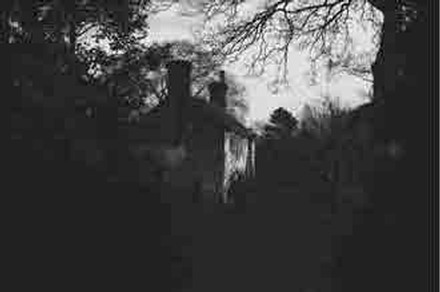 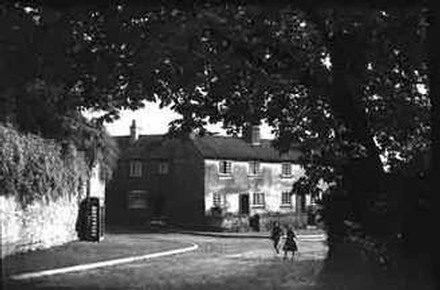 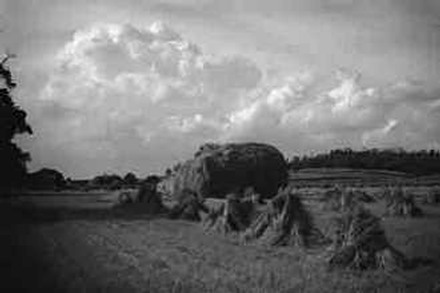 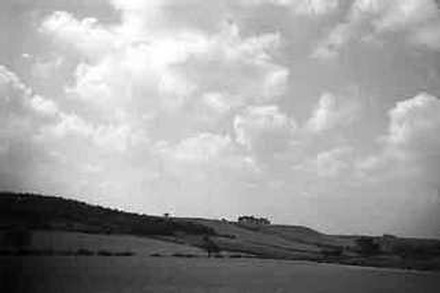 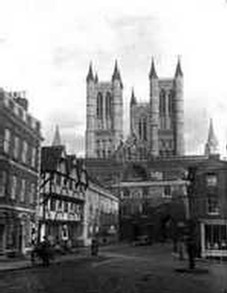 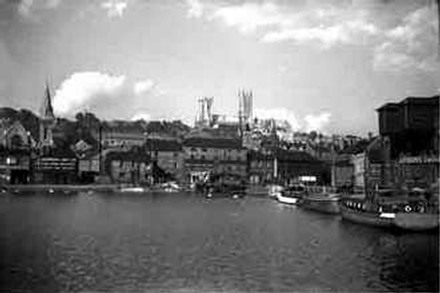 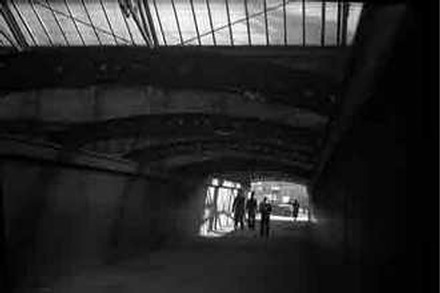 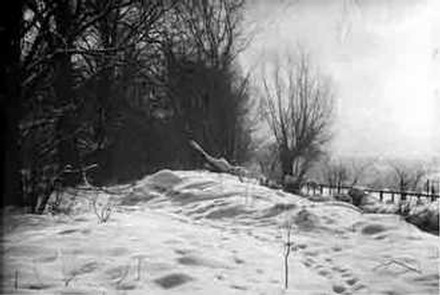 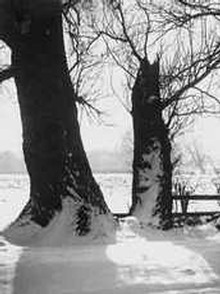 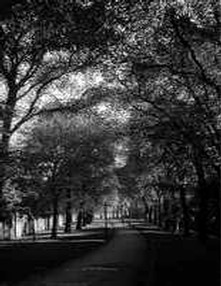 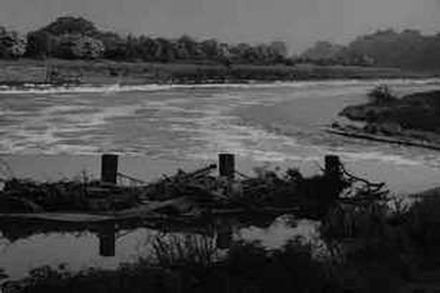 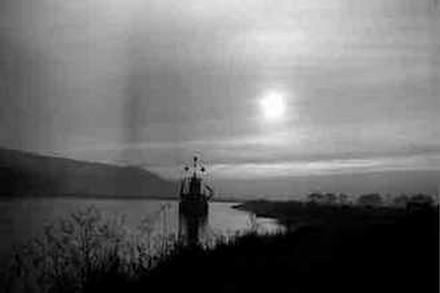 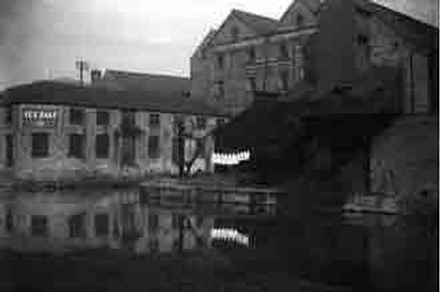 Some of Bill's photographic equipment, from left to right, 3 Kodak cameras, lenses and viewfinders,

developing items film and photographic paper. These seem very basic to the digital cameras of today.

Bill’s love was clearly the countryside and from the 280 prints and negatives that have been donated to this Group, there are a few scenes of Nottingham, a few of Lincoln, a few agricultural buildings, but the majority are of rural settings, with the River Trent and of course ‘his’ trees. People rarely feature in his photographs; one is more likely to see a horse or cows grazing. He would often take pictures in winter because of the strong low light and the effects that were possible with trees without leaves; he would also take frost and snow scenes and in the summer months he would be looking for suitable cloud effects. Unfortunately it has only been possible to identify the location of about 50% of the scenes.

Bill was convinced he would die at the age of 77 because most of the male members of his family had died at that age. As he approached his 77th birthday he sold his collection of clocks so that Pansy would not be left with that to do. He died in 1986 aged 77.

Bill’s photographs: Now to give you a flavour of Bill’s photographic art, it seems he took most of his photographs in the winter months, but often returning to the same place at different times of the year. Most of his subjects are of fields and trees. However, although in very much the minority, he did photograph other subjects, for example, the River Trent, Lincoln, Nottingham, farm buildings, and snow scenes. What follows are just two examples from each of the seven subjects that he covered the most: 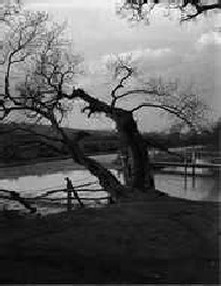